The EU’s principle of ‘subsidiarity’ states that only actions which cannot be effectively achieved at the national level and can be better achieved at the EU level should be exercised by the EU according to Dr Davor Jancic, Lecturer in Law in the School of Law at Queen Mary University of London. Davor Jancic assessed the European Commission report, Taskforce on Subsidiarity, Proportionality and Doing Less More Efficiently, in a piece for the European Poltics and Policy blog. 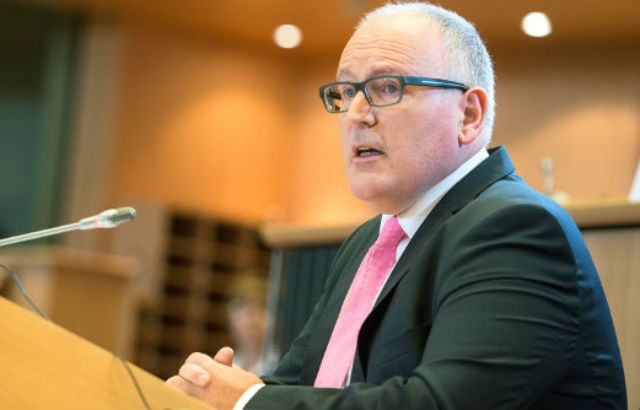 On 14 September 2017, the European Commission established a Taskforce on Subsidiarity, Proportionality and Doing Less More Efficiently under the helm of its First Vice-President, Frans Timmermans. But the proposals made by the Taskforce during its work (which took place from January to July this year) are thin and should have been far more ambitious in order to inject genuine impetus into the EU democratic reform process. Instead, they recommend very light enhancements, which though helpful, do not target the core of the democratic deficit.

To begin with, it is laudable that subsidiarity has received attention because the first eight years of the early warning mechanism have exposed its limitations. The Taskforce therefore advocates ‘active subsidiarity’. This is based on a common subsidiarity assessment grid, a uniform structured questionnaire to be used by EU and national institutions when monitoring whether draft EU legislation complies with subsidiarity.

This proposal certainly contributes to increased consistency among parliamentary scrutiny practices. The Commission will be more pressed to justify its proposals, and any deficiencies will be more glaring and easier to detect. The transparency of legislative justification will be key in compelling the Commission to prove subsidiarity compliance.

However, there are also a number of pitfalls. The Taskforce conflates subsidiarity with policy substance, arguing that a ‘subsidiarity assessment by national parliaments looks at the substance of the Commission’s legislative proposals’. Yet parliaments are not asked to give their views on how EU policies should be shaped, but only who should act – the EU or the Member States. This denies the existence of the main shortcoming of the early warning mechanism, which is that it poses a rather narrow question. The problem is that only answers to this question can create legal consequences for the Commission, and even then, only if very high thresholds are met.

The Taskforce’s report is furthermore preoccupied with parliaments expressing their broader policy concerns, although it enables this to be done within a section of the questionnaire. However, the Commission is free to ignore such concerns as they fall outside the early warning mechanism. What needed to be asked instead is why parliaments go beyond subsidiarity in the first place. My answer is that this is because they are political institutions and because their focus is on policy preferences. They want to engage in politics and substance. It is not so much that national parliaments lack a clear approach to subsidiarity; rather, it is that they have a political rather than a technocratic approach to it.

Containing parliamentary input rather than promoting it may prove counterproductive because citizens’ disaffection with the EU is precisely due to the depoliticisation of EU policies. The democratic deficit is not only about achieving benchmarks. It is also about ownership over the integration project as a whole, and a new bureaucratic box-ticking exercise will not dramatically alter the current state of affairs.

It is precisely those reasoned opinions that go beyond subsidiarity that provide the Commission with considered policy alternatives and information on the anxieties harboured at the national level. Finding ways to institutionalise this type of exchange is critical to galvanising support for a reformed EU.

Other Taskforce proposals also paint a mixed picture. On the one hand, lowering the yellow card threshold is workable and desirable because it would put additional pressure on the Commission to justify and rethink its legislative drafts. This would enrich the debate on the evidence and data that inform the policies proposed and thus increase the legitimacy of the decision-making outcomes.

On the other hand, the Taskforce implicitly rejects the ‘green card’ initiative, which aims to give parliaments a creative role in the EU, by enabling them to propose the adoption or removal of EU legislation. Instead, they are called upon to coordinate better. This is unsatisfactory because it fails to acknowledge yet again that parliaments wish to influence the substance of EU policies. There already exist a plethora of interparliamentary conferences that focus on coordination. It is time for engagement, not a further consignment of parliaments to the margins of EU policy making where their role is exhausted once their action is merely coordinated.

The report missed an opportunity to highlight the political nature of parliamentary contributions to EU integration. If Brexit has taught us anything, it is the necessity to discuss EU competences more frequently and to do so publicly in an informed but indeed partisan way. A periodic balance of competences review should be organised across the Union with national and regional parliaments taking centre stage in order to verify that their approval of the Treaties still stands. This could take place every 4-5 years to galvanise the public debate.

Where the Taskforce makes the most innovative contribution is by calling for stronger post-legislative evaluation of EU policies in line with the Better Regulation Agenda. Parliaments have neglected this, given the Lisbon Treaty’s focus on ex ante control of subsidiarity. But subsidiarity does not end at the input side. This is hence emphatically an area where national and regional legislatures need to adapt and develop adequate institutional resources to respond to the needs of this type of scrutiny.

To conclude, the Taskforce puts forward useful proposals for a more streamlined subsidiarity monitoring process, which deserve support. Yet it should also have delved into more complex and challenging issues. These, regrettably, are solved away by worn-out calls for more time, more information sharing and better coordination.

That notwithstanding, the Taskforce’s recognition that change is needed is welcome and will hopefully be a first step towards a deeper reflection on the options for democratic reform. The EU should use Brexit as an opportunity for a much bolder institutional experimentation in an attempt to fundamentally modernise EU governance. Being a Commission Taskforce, much of its recommendations seek to fine-tune the internal workings of the Commission. Yet a wider, more visionary approach to reform would have been preferable to politicise the public discussion on the future of the Union.

This blog was originally published by the London School of Economics on 26 July 2018.