Brazil elections 2018: how will a Bolsonaro victory affect migration policy in Brazil and beyond?

Marcia Vera Espinoza, a Lecturer in Human Geography at Queen Mary University of London has co-authored an opinion piece for the LSE Blog with Leiza Brumat (European University Institute) about the forthcoming presidential elections in Brazil. 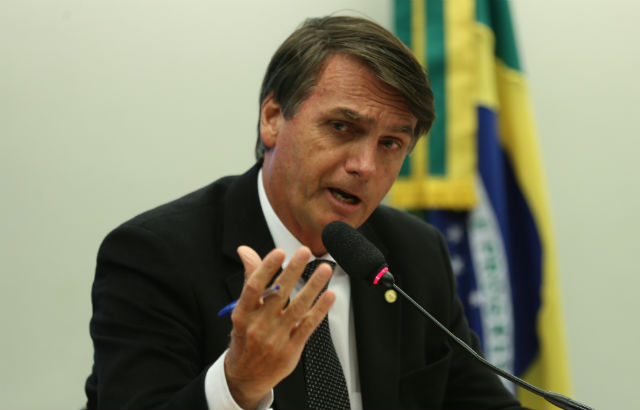 Corruption, not immigration, is the biggest issue in Brazil’s presidential election. Foreign residents make up less than one per cent of Brazil’s resident population, and immigration has appeared only sporadically in political debates. In northern border areas like Roraima, however, which has received around 40,000 displaced Venezuelans, the issue has been highly controversial, descending at times into xenophobic attacks on migrant camps. Bolsonaro’s reaction on this issue speaks to his broader plans for migration policy.

Bolsonaro put forward two possible solutions to the recent displacement of Venezuelans: to revoke the existing migration law via parliament or to create refugee camps.

In other words, Bolsonaro wants to revoke the Migration Act of May 2017, as well as Decree 9199, which regulates its implementation. Though some of the more progressive provisions of the new law were vetoed by Brazil’s current president, Michel Temer, the law was highly praised by specialists and international organisations.

The law was elaborated with the participation of a wide range of state, civil-society, and academic actors, ultimately being approved with an overwhelming majority in parliament. It derogated the 1980 Act passed during the military dictatorship (1964-1985), which was not only highly restrictive but also violated international human rights treaties already ratified in Brazil.

Migration is only specifically mentioned once in Bolsonaro’s manifesto, however, with a plan to “liberate Cubans” by allowing Cuban doctors and their families into Brazil. But Bolsonaro’s campaign rhetoric has tended to reinforce an anti-immigration discourse that depicts immigrants as a burden on Brazilian society. He has stated that “Brazil cannot be a country of open borders” and called Haitian, Senegalese, Bolivian, and Syrian migrants and refugees “the scum of the world“. Civil-society organisations and academics have already begun to highlight the threat to migrants’ rights if Bolosonaro’s extreme nationalist rhetoric is translated into action.

The “Bolsonaro wave” has already resulted in the most conservative Congress since the end of the Brazilian dictatorship, with right-wing parties winning 301 of 513 seats. This shift imperils pending legislative initiatives on the political rights of foreign nationals in domestic elections and on the regularisation of undocumented migrants.

More broadly, a Bolsonaro government is likely to reinforce the securitised approach to immigration that Brazil adopted during the Temer years. This has favoured the involvement of new actors from the police and military. Specifically, the Federal Police, the Ministry of Defence, the Cabinet of Institutional Security of the Presidency, and more recently the Army, which has been deployed to the northern border to manage the arrival of Venezuelans, have begun to take the lead in developing a more restrictive approach to migration management. Under Bolsonaro, a former army officer, their role is likely to be further strengthened.

Effects on migration in the wider Latin American region

Over the last 20 years, the Common Market of the South (MERCOSUR) in particular has developed one of the world’s most open mobility and residence regimes. Member-states adopted regional norms that called for the right to free movement, the right to migrate, the non-criminalisation of migrants, and equal treatment of foreigners and nationals.

Despite some contradictions and tensions, this regime has allowed for the regularisation of almost three million South Americans residing in the region. South American countries also developed a progressive regional position on migration which they promoted in international forums. No such common position was achieved on virtually any other topic.

This South American regime and common posture was the result of Argentina’s leadership in proposing regional legislation and Brazil’s subsequent support for these proposals. In effect, Argentina’s experience as Latin America’s main receiving country and the relatively uncontroversial nature of migration in Brazil’s domestic politics allowed for an agreement that limited the scope for regional clashes while also enabling regional influence and leadership.

However, political changes have slowed momentum on domestic and regional policy change. Though Argentina continues to define itself as a country “open” to migration – as recently demonstrated by its permissive approach to displaced Venezuelans – the election in 2015 of the conservative Mauricio Macri has had a chilling effect on both the domestic reform agenda and regional migration-policy leadership.

A lurch to the far right in Brazil under Bolsonaro would have much more dramatic effects than Macri’s election in Argentina, however, since security forces have already gained a much firmer foothold in Brazilian migration policymaking. One immediate casualty could be the existing regional consensus on migration issues and the related social agenda.

This opinion piece was originally published on the blog of the London School of Economics and Political Science on 25 October 2018.