Alien may have told you “In space no one can hear you scream” but it was wrong! 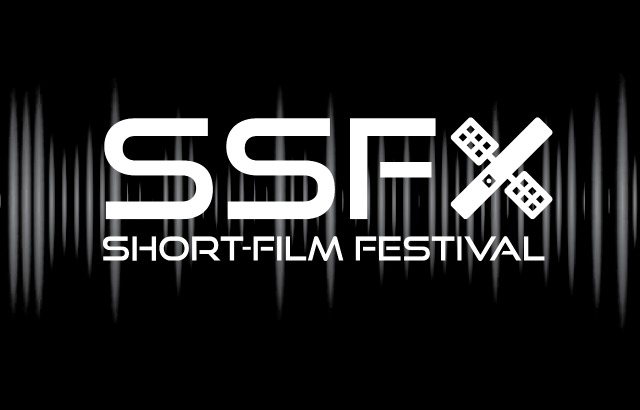 The Space Sound Effects (SSFX) Short-Film Festival, presented by Queen Mary University of London (QMUL), has challenged independent filmmakers from around the world to create short-films incorporating a series of strange sounds from space recorded by satellites. The result is a collection of films, spanning a wide array of topics and genres, connected only by these sounds.

The festival, on 2 September at Rich Mix in Shoreditch, will showcase these highly creative works, present awards for the best films and will hear from the filmmakers involved and festival judges in panel discussions featuring audience Q&A.

Dr Martin Archer, festival director and space physicist at QMUL’s School of Physics and Astronomy, said: “I have been blown away by how the filmmaking community have taken to incorporating these sounds - which form part of my research as a space physicist - into their work. All of the submissions have been so very different, it’s made the judging process very difficult indeed.”

How the sounds are heard

Conventional wisdom usually states that space is a vacuum and therefore sound, which requires a medium to travel in, cannot exist. But space is not a true vacuum, it’s actually filled with very weak plasma, a different state of matter made of charged particles.

Dr Archer said: “These magnetosonic waves can bounce around within Earth’s magnetosphere, the magnetic shield which protects us from many sources of space radiation, and often set up ‘resonances’, where the frequency is just right so that these waves grow and grow in energy rather than fizzling out quickly.

Scientists study these waves inside the magnetosphere because of their potential effects on our technology. The waves are constantly being monitored using satellite and ground observations.

In the case of SSFX, eight years’ worth of measurements of these waves from the Geostationary Operational Environment Satellites (GOES) have been made audible.

These satellites, operated by the USA’s National Oceanic and Atmospheric Administration, are principally used for weather forecasting, severe storm tracking, and meteorology research, but also monitor the space environment around the Earth through various instruments, including magnetometers (instruments which measure magnetic fields in space).

By amplifying the magnetometer data and severely squashing it in time (so much so that a whole year becomes just six minutes) these ultralow frequency waves can be heard by the human ear for the first time.

Dr Archer released this audio online, with filmmakers using it as inspiration in their works. A panel of judges, consisting of scientists and film industry figures, then reviewed all the films submitted to the competition and have selected the shorts to be screened at the festival.

Ali Jennings, who submitted the film ‘Noise’ to SSFX, said: “Once you heard the sounds they kind of wrote the story, they had to carry the narrative, creating a character in and of themselves. This kind of competition which has such a broad remit is an amazing and novel opportunity. It allows creativity in communicating science, conveying the feelings of science rather than just the facts.”

Nidhi Gupta, who submitted ‘Astroturf’, added: “We wanted to make a film that used the space sound effects in an interesting way, while telling a compelling short science-fiction story - and with no budget! The rustling, swirling space sounds reminded us of the noises that people make all the time when performing simple tasks - sounds that in film are often replaced or reproduced as foley.

“So we decided to build the entire soundtrack from the space sound effects, and created a simple narrative that involved a combination of actions that we felt would be convincing when dubbed.”

The SSFX competition has been supported by QMUL’s Centre for Public Engagement. Thanks to recent funding from the Science and Technology Facilities Council and the European Geosciences Union, the project will soon be expanding with the shorts being packaged together into an anthology film which will tour the country at festivals and independent cinema venues, raising awareness of current space research with the public.

The team also plans to continue creating and releasing more of these waves recorded by other space missions.

Both young filmmakers and those more established were encouraged to enter the free competition, which was divided into categories by age and location. The films selected for the festival are:

The Rebound Effect - Aaron Howell (Producer, Director) – 2min WINNER
'The Rebound Effect' brings together contemporary movement and digital media to capture dance in a way which pushes past the tangible dimensions of live performance. The illusion created directs the viewer to move with the dancer whilst shifting the sense of space, direction and bounds.

Noise - Ali Jennings (Producer, Director, Writer) – 13min WINNER
A secretive woman opens herself up to her unruly housemate, after they are stuck together in her room. This film was created for the SSFX competition and features the sounds recorded in space within the film. Although they are not the direct subject of the film they are key to the characters' interactions.

Murmurs of a Macrocosm - Adam Azmy (Director) – 5min 2ND PLACE
A journey through a microscopic world. We are led via the descriptive recordings of those who travelled it.

Names and Numbers - Simon Rattigan (Director) – 14min
Space sounds and Morse code. How to get from A to B and from 1 to 3? This is a sound and voice collage shaped by the sounds of space and Morse code, addressing the external, physical and material experiences of sound and movement contrasted with interior reflections, explored through language, inner voices and symbols.

Dark Matter(s) - Jesseca Ynez Simmons (Director) – USA – 5min WINNER
This experimental and meditative imagining attempts to capture the activities of a fish tank in a way that takes the inhabitants out of their enclosed world, to a place unknown, to feel both their death and their life.

Saturation - Victor Galvão (Producer, Director, Writer) – Brazil – 7min
There's no answer when time is the question. 'Saturation' is a sci-fi story about unknown phenomena that made all organic processes to be as fast as to make life impossible. The film combines images taken from 35mm slides found in a medical archive with a soundtrack made from space sound recordings.