On 12 December, Queen Mary University of London hosted an awards ceremony with Northwestern Polytechnical University (NPU) to mark progress in establishing a Joint Research Institute (JRI) in the fields of Advanced Materials and Structures. 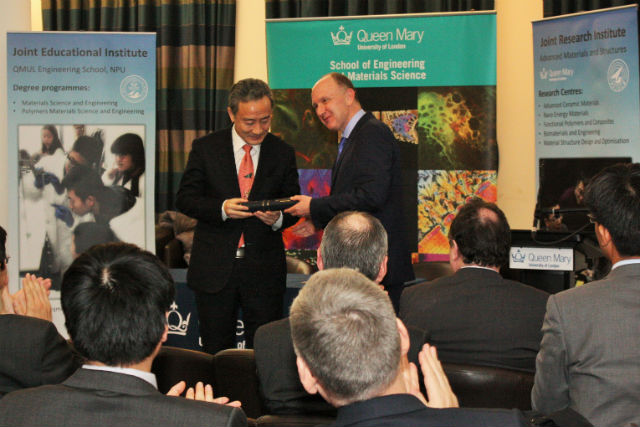 Led by Queen Mary’s Professor Mike Reece, the JRI seeks to serve China’s “One Belt and One Road” initiative, which highlights the country’s push to take a larger role in global affairs. The JRI aims to create the conditions for high-level academic research and international cooperation in research programmes, including the bilateral exchange of masters students, PhD students and academic staff.

The JRI was formed earlier in 2017 and will initially focus on five research themes: advanced ceramic materials; nano energy materials; functional polymers and composites; biomaterials and engineering; and material structure design and optimisation.

Under the JEI, degree programmes are jointly taught in English by NPU and Queen Mary staff at NPU’s campuses in Xi’an, in China’s Shaanxi province. Successful students will be awarded a degree from both universities.

During his speech, President and Principal of Queen Mary, Professor Colin Bailey, said: “It is my pleasure to express my support for our partnership with Northwestern Polytechnical University. Already, we can see from the fine calibre of the students we have recruited to the Joint Educational Institution that we will be educating some of the leaders of tomorrow.

“Our vision is that the JRI will initiate new lines of research that will lead to world leading research for the benefit of the people of China and the UK.”

As part of NPU’s wider visit, which took place at Queen Mary’s Mile End campus on 12 and 13 December, discussions centred around securing funding for the JRI, potential new research domains and opportunities for PhD student mobility, with support from the China Scholarship Council.

More about the partnership

Queen Mary launched its partnership with NPU in October 2016, following approval for the JEI from the Chinese Ministry of Education. The JEI’s first cohort of 250 students enrolled in September 2017.

NPU is a research-oriented, multi-disciplinary university with particular strengths in aerospace, marine engineering and materials science. It is one of the top 39 universities in China. Queen Mary has been a partner with the China Scholarship Council since 2012 and has over 350 international partnerships. 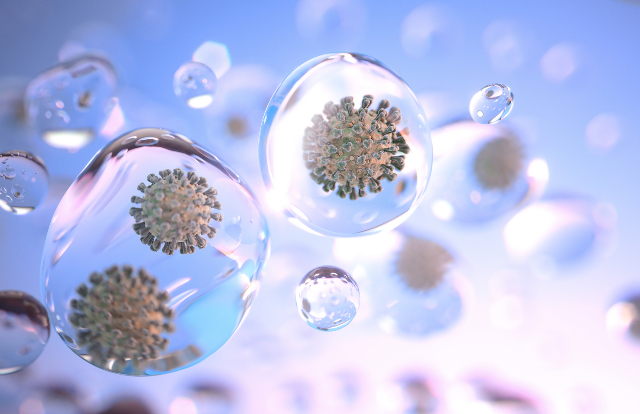