Research led by Queen Mary University of London suggests that the presence of drug cartels in Mexico does not benefit local economies. 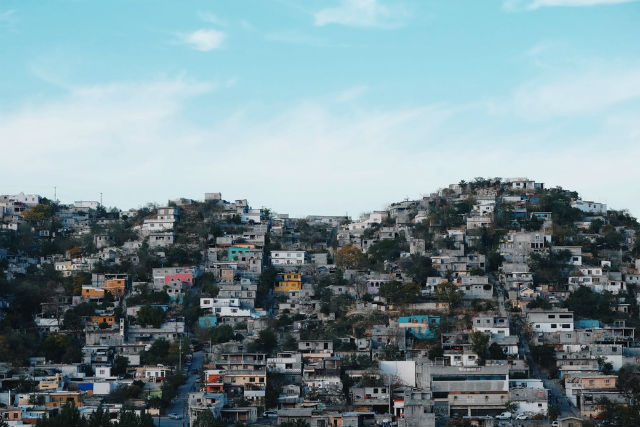 Led by Dr Roxana Gutiérrez-Romero from Queen Mary’s School of Business Management, in partnership with Dr Monica Oviedo from the Universidad Autónoma de Barcelona, the paper assesses the impact of the Mexican government’s decision to prosecute drug cartels with military force, which came into effect in 2006.

The authors compare areas that first experienced the presence of drug cartels or drug-related homicides in 2006 or afterwards with similar areas that have not been affected.

Dispelling myths around the benefits of cartels

Unlike other research to date, this paper dispels myths around the benefits associated with cartels, such as the belief that they generate substantial profits and offer a broad range of jobs.

The authors find that the presence of the cartels in areas that operated ‘peacefully’ (without drug-related homicides) did not see any benefits, and poverty and unemployment levels were unchanged. Food poverty (the percentage of the population that does not have enough income to buy a basic food basket) remained at around 30 per cent in these areas, and capability poverty (the percentage of the population that cannot afford health and education needs, as well as food), remained at 40 per cent. These findings contradict anecdotal storytelling that cartels benefit local economies.

The researchers also assess the impact of drug cartels on industries where production is taking place at small-area level. They focus on manufacturing, one of the biggest industries in Mexico, between 2003 and 2008 - just before the start of the US recession. During that period, the 403 municipalities analysed that were affected by drug-related homicides lost an average of 35 per cent in production when compared to similar areas that were not affected by the drug violence. On a base average of nearly 70 million USD per area, the loss is equivalent to 9.8 billion USD in forgone production in these areas. As a result, these areas also lost what would have been around 51 per cent in profits, saw a 17 per cent reduction in the number of workers and an 11 per cent reduction in salaries.

The areas analysed with the highest rates of drug-related homicides saw much bigger losses. These were mostly located in northern states such as Chihuahua, Sonora, or by the pacific, Guerrero, Michoacán and Oaxaca. Compared to similar areas not yet affected by the drug violence, on average, the number of workers fell by 28 per cent, salaries dropped by 20 per cent and the number of establishments in manufacturing saw a reduction of 25 per cent.

The authors estimate that before 2005, drug cartels operated in about 20 per cent of the 2456 municipalities in Mexico. By 2010, this had risen to 40 per cent. “Estimating the impact in newly ‘conquered’ areas can give valuable insights into the immediate effects of cartel presence and their violence”, Dr Gutiérrez-Romero explains.

“Although we now have a much better understanding about how dynamic cartels are, and their strategic movement into new areas, more research is needed to find more effective ways to tackle drug violence and establishing its short- and long-term impacts on local economies.”

The paper also sheds light on how families living in the crossfire have been affected by this wave of violence. Drug violence has displaced both poor and rich people, forcing them to move to nearby areas less affected by the violence. Despite this displacement of people, poverty has continued to rise in the areas affected by violence, albeit by a small margin (three percentage points above the already high levels of food and capability poverty).

Mexico has witnessed an unprecedented expansion of cartels and wave of drug-related violence since mid-2000, with over 63,000 drug-related homicides just between 2006 and 2012. This research reveals that although some drug lords generate substantial profits, these do not benefit the local economies where they operate. In a similar research project, Dr Gutierrez-Romero finds that crime can decrease by as much as 50 per cent when the drug cartels leave areas. She argues that these findings highlight the importance of ending cartels’ battles, and that these aspects should feed into the debate around regulating drug cartels.