Where London’s east meets west: A new history of Bloomsbury

Famed for its world-class universities, rich literary heritage, and wealth of museums, Bloomsbury has long been at the centre of London’s intellectual and cultural life. Situated between Clerkenwell and Fitzrovia, Bloomsbury is often recognised as the place where London’s east meets west. 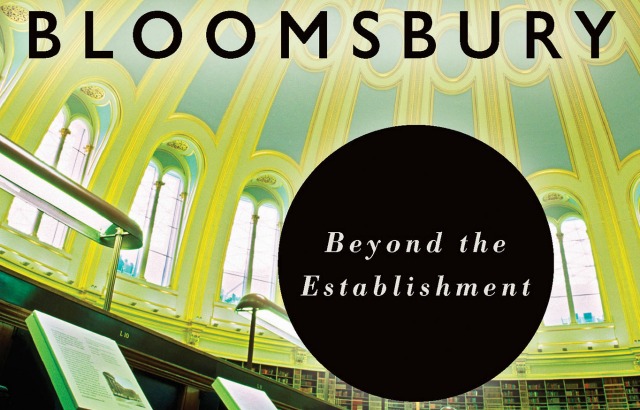 Bloomsbury, Beyond the Establishment

In a newly published history of the area, Dr Matthew Ingleby from Queen Mary University of London traces Bloomsbury’s fascinating history from its foundations in the late 17th century to the present-day. In doing so he delves beneath its modern affluence to uncover a complex past, steeped in religious scepticism, political dissent, and literary production.

Bloomsbury today is at the heart of a teeming global city, but its iconic garden squares and “uncommon greenness” are reminders, writes Ingleby, of the area’s early years. Until the latter part of the 18th century, it was at the very margins of the city – made up mostly of fields and gardens belonging to aristocratic mansions. Most of Bloomsbury began to be constructed in 1775, as part of “London’s most aggressive phase of urban sprawl northwards into the countryside”.

Since the late 18th century, the neighbourhood has belied its small size, making an impact that spans literature, scholarship, and protest. Bloomsbury can boast rich associations with some of the most iconic and influential figures in modern history. It is a neighbourhood in which stifling upper-class conservatism has existed cheek-by-jowl with dissident political movements, such as Marxism, the suffragettes and the anti-colonial struggle. 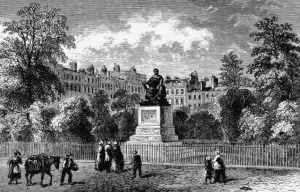 Charles Dickens’s residency in Bloomsbury is comparatively well-known, through the location of the Dickens House Museum on Doughty Street, but Ingleby points out that the author also wrote about his local neighbourhood’s packed boarding houses and rowdy pubs. Other famous writer-residents to feature in the book include Virginia Woolf, who was part of the famous circle of writers and artists known as the Bloomsbury Group, and J.M. Barrie, the author of Peter Pan.

The book also documents contentions about Bloomsbury’s built environment, highlighting the neighbourhood’s innovations in architecture and urban planning, but focussing also on campaigns to democratise its public spaces. Bloomsbury was the location of the first specifically designed open space in London to be called a square, and was the site of London’s earliest secular sky-scraper – the 209-feet-high Senate House at the University of London.

Ingleby shows how Bloomsbury was, from its early days through to the middle of the 20th century, an area of uncommon demographic diversity. He writes that for “most of the 19th century and up until the 1940s the locality’s boarding houses were key congregation points for unusual social mingling”.

This frenetic mix meant that Bloomsbury remained an affordable and attractive home for young people, artists, and radicals for much of the 20th century. As Trinidadian historian C.L.R. James said in the early twentieth century Bloomsbury might seem “aesthetically speaking one of the worst places in the world”, but it was also comparatively liberal and lacking in hierarchical divisions. “The intellectuals do not despise the ordinary shop girl and there is not horrible exclusiveness which kills so much of our social life in Trinidad. All they seem to ask of you is that you not be dull”.

Bloomsbury: Beyond the Establishment is published by the British Library and is available for pre-order (price: £10).

Dr Matthew Ingleby is a Lecturer in Victorian Literature at the School of English and Drama, Queen Mary University of London. He tweets @matthewingleby