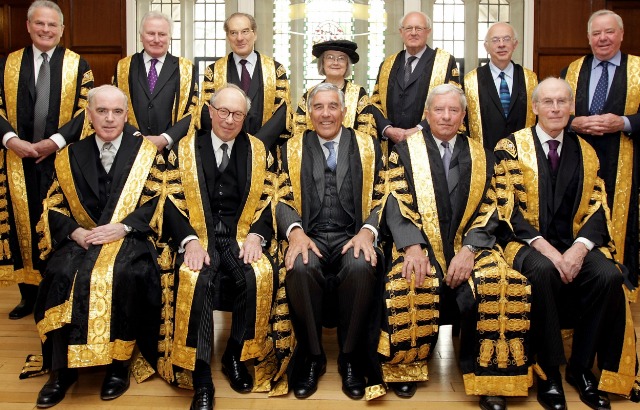 The UK Supreme Court’s judgment in the so-called ‘Brexit case’, brought by Gina Miller and Deir dos Santos, is a strong confirmation of the concept of parliamentary sovereignty. It is an important confirmation, but certainly not a revolutionary one: it merely upholds the well-established tenets of British constitutional law by applying them to the UK’s membership of the EU.

This confirmation is twofold. The Supreme Court interprets the British constitution in a way that empowers the UK Parliament in initiating Brexit and disempowers the devolved legislatures from participating in the same process. The focus of this commentary is on the first issue and it intends to provide an explanation of some of the implications of the said judgment.

The ‘Brexit judgment’ rules that the British Government may not trigger Article 50 TEU without a vote of approval by the UK Parliament. From a legal standpoint, Parliament has the legal right to thwart Brexit and it would in fact thwart Brexit if a sufficient number of MPs voted against the triggering of Article 50. However, in political reality, it is highly unlikely that this will happen. No UK political party is keen to challenge the people’s advice that the UK should leave the EU. And the Supreme Court affirms that the referendum was indeed only an advice. The EU referendum of June 2016 is not legally binding but is of a consultative nature. But it is politically binding and this is no less significant, given that law operates in the context of politics.

No political party has yet come out in favour of stopping the UK’s exit from the EU. The most vocal of the UK political parties is the Liberal Democrats, whose leader, Tim Farron, has demanded a referendum on the outcome of Article 50 negotiations. The Scottish National Party would have the most reason vote against or at least obstruct the triggering of Brexit talks, as Nicola Sturgeon promised a series of ‘serious and substantive’ amendments to the so-called ‘Brexit bill’. For his part, the Labour leader, Jeremy Corbyn, has announced that he is considering allowing his party’s MPs to vote freely on this bill.

The ‘Brexit bill’ is a draft Act of Parliament, initiated in the House of Commons by the UK Government on 26 January 2017 under the name European Union (Notification of Withdrawal) Act 2017. It only contains two provisions, whose goal is to authorise the Government to trigger Brexit withdrawal negotiations by submitting the requisite withdrawal notification. Once adopted by both Houses of the UK Parliament, this bill will become an Act of Parliament and the Government’s power to notify the UK’s intention to exit the EU will thus flow from Parliament.

In short, Parliament may derail Brexit, but it is as of yet unlikely to do so. But Brexit itself was highly unlikely in the eyes of many informed onlookers, so spanners could still be thrown in the works of Brexiteers in a number of ways.

A concise way to depict what this means in practice is to say that EU law applies in the UK because Parliament said so. It said so in 1972 by passing the European Communities Act 1972, making EU law rights applicable and enforceable in the UK. This means that without such an Act, rights that EU law gives to British citizens and firms would not be available to them. Without it, these private parties would not be able to rely on those EU rights to protect their interests in courts.

In a way, when EU law knocked, Parliament opened the door. This act of enabling EU law to have effect in the UK therefore comes from Parliament, and it does so because it is considered that Parliament is sovereign: it is the only body in the UK that may make and unmake law (in the form of primary legislation). It is the unmaking of law that is at stake here: the Government may not take action in foreign affairs, including by triggering Article 50, if this sooner or later results in a change of UK law. Only Parliament may change UK law.

No substitute for sovereignty

Furthermore, the Supreme Court found that Parliament’s scrutiny of draft EU legislation is by no means a substitute for sovereignty. This finding is fundamental, because, as I recently argued, it underlines that if the role of national parliaments in the EU is to be taken more seriously, their involvement in EU decision making ought to be put on a more binding footing.

The key to understanding the Supreme Court’s majority judgment is to grasp the fact that when EU law changes, UK law changes with it. This is because EU law has become a part of UK law thanks to Parliament’s own authorisation. There is therefore a dynamic interaction between EU law and UK law, whereby UK law receives and is shaped by EU law.

This is the central reason why the Supreme Court demanded that Parliament must approve the triggering of Article 50. And this is where I disagree with the dissenting judgment, particularly by Lord Carnwath, who held that triggering Article 50 will not itself change UK law. It actually will, just with a delay of two years, or more if the European Council unanimously decides to extend this deadline together with the UK. Therefore, this dissenting view is of a rather narrow, formalistic, and technical nature.

Can it be stopped?

This leads me to the question of whether the ‘Brexit bullet’ can be stopped once it is fired and the answer is no. The reason why this is not possible is because Article 50 of the Treaty on European Union provides so. The effect of a withdrawal notification and the legal consequences of it are laid down in Article 50: it inevitably leads to the cessation of EU membership, with or without a deal.

The UK accepted these rules of the game when it ratified the Lisbon Treaty. There are two reasons why revocability is not permissible: one is for EU law to ensure certainty for both the UK and the EU, and the other is that public international law itself points to this conclusion. Articles 54 and 68 of the Vienna Convention on the Law of Treaties of 1969 prescribe that withdrawal of a state party to an international agreement may withdraw under the terms of that agreement – in this case Article 50.

Under the Vienna Convention, a notification of withdrawal may be revoked at any time before it takes effect. But, according to Article 50, the effect of a withdrawal notification is immediate: the two-year period is not foreseen for the UK and the EU to negotiate whether the UK should withdraw, but for the two sides to see whether they can agree how to effect the withdrawal. Allowing revocation would enable the UK to blow hot and cold: allowing it to withdraw from the EU if it reaches an agreement it likes, while at the same time allowing it to remain a member of the EU if it dislikes what it has been able to achieve in the negotiations.

Because the withdrawal takes place within the auspices of EU law, there is also a case for arguing that it is not permissible to revoke a withdrawal notification because this runs foul of the EU principle of sincere cooperation, laid down in Article 4(3) TEU. Withdrawal of a Member State is indeed one that falls under the category of ‘tasks which flow from the Treaties’, which means the withdrawal should be carried out with mutual respect, assistance and comity. Sincerity and friendship between the two sides is, after all, what Prime Minister Theresa May highlighted in so many ways in her ‘Brexit speech’ this month.

To conclude, the Supreme Court’s Brexit judgment is not a decision of the century in terms of British constitutional law, but it is a salient ruling which will inevitably lead to further political experimentation in the direction of testing the performance of the respective constitutional prerogatives of the UK Parliament and Government.