It is hard to imagine how even a bad Brexit deal could be worse than no deal, said Robert Peston at Queen Mary University of London (QMUL). He said that he expects  the UK and the EU to come to a compromise deal, given that failure to reach an agreement would be a disaster for the UK economy. 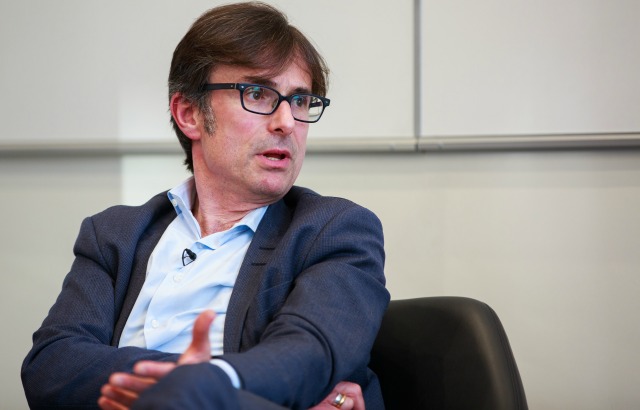 He was speaking at the inauguration of the Peston Lecture Theatre in QMUL's new graduate centre. The theatre is named in the memory of his father, Maurice Peston, who founded the Economics Department (now the School of Economics and Finance) at Queen Mary and served as its first Head.

Mr Peston predicted that even the best possible deal will have negative consequences for the UK in the short to medium term.

“It’s difficult to see how the kind of deal we’re likely to get can do anything but reduce our prosperity for a while. When you increase the cost of trading or reduce access to a wider market you immediately see an impact on the rate at which productivity improves…which then has an impact on growth prospects stretching out many years. I don’t believe that the deal we get will be a catastrophe, but it will be worse than what we’ve got at the moment,” said Mr Peston.

He added that he expects the UK to be somewhere between a half and one per cent of GDP poorer per year “for quite a long time”.

Mr Peston predicted that negotiations between the UK and the EU will become difficult very quickly. He said that he expects a major crisis, probably in October 2017, over the EU’s preferred approach to negotiations.

“There will be two stages: we’ll agree the money, migrants and [Northern] Ireland first, and then we’ll get on to a trade deal. We will not have any negotiating leverage if that is the case, and the British position is straight-forwardly that we can’t agree to that phasing,” he said.

Asked how so many journalists, politicians, and policy-makers failed to predict Brexit, Mr Peston responded that there was a widespread failure to listen to those for whom the economic bargain no longer works.

“One of the things that I find unbelievably depressing, given that this is a country that I love, is that if I think about my close friends and family I cannot think of a single member of my group who voted for Brexit, and yet the country voted for Brexit. I found that moment profoundly alienating…The big issue now is how do we come together again as a nation?”

Mr Peston was interviewed by Professor Philip Cowley, Director of the Mile End Institute and Professor of Politics in the QMUL's School of Politics and International Relations, and QMUL alumnus Daniel Trinder, Managing Director and Global Head of Regulatory Reform at Standard Chartered Bank.

Before the Q&A began, Professor Sujoy Mukerji, Head of the School of Economics and Finance, spoke about the deep and lasting legacy left by Maurice Peston, who died in April 2016.

Maurice Peston's academic work was concentrated in macroeconomics, public economics, and analysis of the British economy. His policy work included membership of the House of Lords Select Committee on Nationalised Industries, advisory roles in various government departments over a period of four decades, and chairmanship of the House of Lords Committee on Economic Affairs. 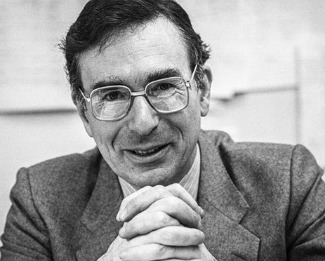 In recognition and now in memory of Lord Peston and his contributions to Queen Mary, the School hosts the annual Peston Lecture, focusing on the interface between economics and public policy. Speakers in the series have included Mark Carney, David Currie, Charles Goodhart, Richard Lipsey, Robert Peston, and Martin Weale.

Inaugurating the theatre in the memory of his father, Mr Peston said: “It’s a great pleasure and a wonderful thing that this lecture theatre is named after my dad. He loved this place. My entire family feels an enormous attachment to Queen Mary because it was such a huge part of all our lives growing up…Having this as a memorial to him is just wonderful.”