Theatre and performance podcast from QMUL's Department of Drama

A new podcast series from the Department of Drama at Queen Mary University of London (QMUL) explores contemporary theatre from the perspective of artists, creators, and performers. 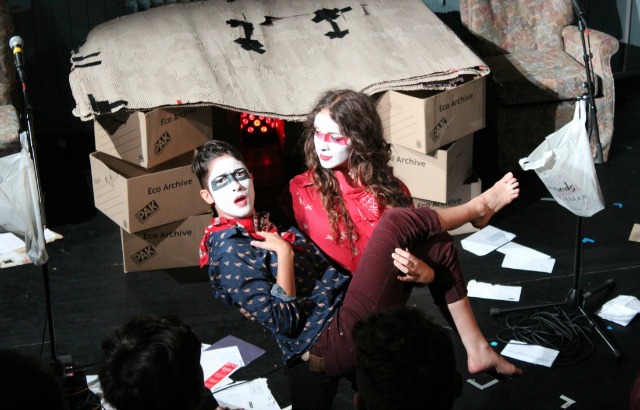 Stage Left is presented by Jen Harvie, Professor of Contemporary Theatre and Performance at QMUL.

The latest episode is an interview with award-winning artist Scottee, whose work focuses on the experience of being an outsider.

Scottee’s performance work looks at the idea of ‘outsiderness’ through the lens of race, sexuality, class, and gender. In a seaside conversation with Jen Harvie, he talks about mental health and neurodiversity, leaving London in search of belonging, and how hereditary trauma influences his creative work.

In episode three, Jen spoke with Nic Green and Rosana Cade, two of the performers and political satirists behind Cock and Bull, a show created in 2015 for the eve of the UK general election.

The lively discussion covers the sampling of political rhetoric, inequality, the performance of anger, and how to make compelling theatre without any funding.

Episode two features a conversation with performer Lucy McCormick about her show, Triple Threat – a “pop-tune-powered, feminist takeover of the epic story of Jesus”. Jen and Lucy talk about the aesthetics of geekiness, the body politics of queer clubs, sensuality in the New Testament, and creative energy. 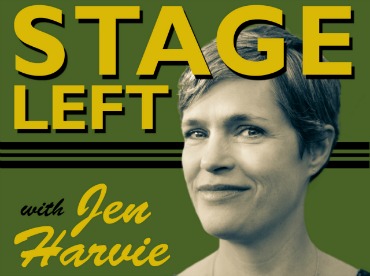 The series began in February 2017 with Rebecca Biscuit and Louise Mothersole, creators of the acclaimed Sh!t Theatre, and graduates of QMUL’s Drama programme. The conversation covered topics from love to death, gentrification, friendship, money, and cardboard comets.

You can subscribe to Stage Left for free on iTunes, Soundcloud and, from July 2017, from Exeunt, the online theatre magazine. The series is produced by Debbie Kilbride.

Find out more about studying Drama at QMUL

QMUL is one of the country’s leading centres for the study of theatre and performance. Research and teaching interests in the Department of Drama span a wide range of topics, from twenty-first century experimental performance and live art to the theatre of Shakespeare and his contemporaries, and from site-specific performance and installation art to the socially engaged theatre of Brazil.