Researcher uncovers the history of self-harm in Britain

A new book by Dr Sarah Chaney from Queen Mary University of London charts the delicate and often misunderstood history of self-harm in Britain. 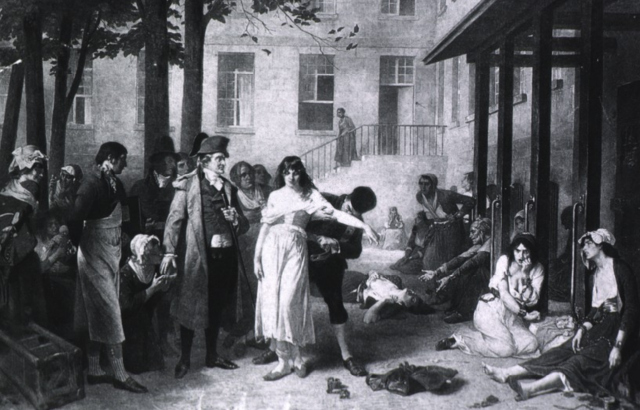 Taking the reader from the Victorian era to modern Britain, Psyche on the Skin challenges the idea that self-harm is a phenomenon that can be attributed to ‘how we live now’.

Dr Chaney, a historian of human emotion, said: “It was in the late Victorian era that people began to make links between different acts that we later categorised as self-harm. On the face of it, there’s no obvious reason why someone attempting to cut off their own hand should be the same as someone pulling out their hair. Yet the notion that we can clumsily lump everything together has lingered since the 1880s.”

Dr Chaney rejects the idea that self-harm has a universal explanation. She recounts the wildly divergent ways in which self-harm has been represented and understood by society through the ages.

“Our thinking about self-harm is faulty. It’s widely assumed that we understand it better now than we did in the past, that we know more about why people do it. This isn’t really true, and my book shows that what we believe today about self-harm is just a reflection of our time and our culture,” said Dr Chaney.

The book shows that what preoccupies society at a given time is not necessarily what is happening in reality. This results in moral panics, sensational reporting, and widely held but false beliefs about the ‘cause’ of self-harm.

“As a society we tell ourselves stories about self-harm but they’re necessarily true. It’s often about cultural fear rather than a reflection of what’s happening in society. It can be frightening to admit that we don’t understand it,” she says.

Fear and panic without evidence is threaded through the history of self-harm. In one case study she shows that in the 1880s, doctors were convinced there were more instances of male castration that any other form of self-harm, even though psychiatric and hospital records show this not to be true.

Dr Chaney’s research includes an examination of patient records of every self-harm case at the Bethlem Royal Hospital between 1880 and 1900, studies of how self-harm was first represented in the national media, and a section about youth culture and pre-internet attitudes to self-harm in the 1990s.

The book also draws on Dr Chaney’s own experience of self-harm which she says gave her an awareness of the ways in which questions that emerge from history affect people today.

“My own story is there at the heart of the book. I didn’t carry out the research because I have self-harmed, but it turned out to be a useful way to challenge the idea that people who have self-harmed are attention seeking or just struggling to cope with modern life. That part of my research was therapeutic and I hope that others find it useful too.”

Image caption: Pinel stands in the courtyard as a woman patient is freed from her chains; other women patients are chained to wooden posts attached to a building.