Professor Lizzie Barmes from QMUL's School of Law has won the 2017 Hart Socio-Legal Book Prize for Bullying and Behavioural Conflict at Work: The Duality of Individual Rights. 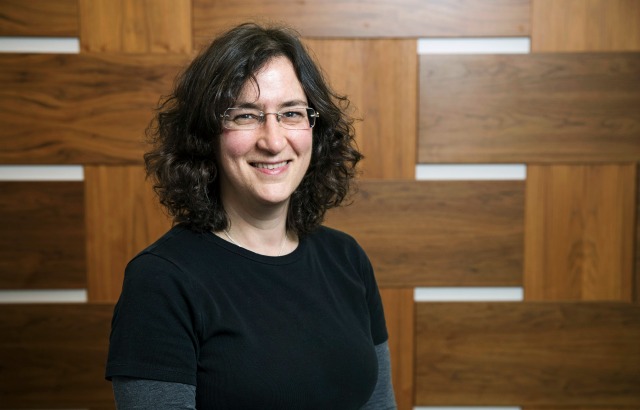 The prestigious award is granted annually by the Socio-Legal Studies Association (SLSA) for the most outstanding piece of published socio-legal scholarship. Professor Barmes was announced as the winner of the 2017 prize at the SLSA annual conference.

The winning book, published by Oxford University Press in 2016, is an empirical study of the interaction between law, adjudication, and conflicts about behaviour in the workplace. Professor Barmes analyses how labour and equality rights operate in practice in the UK.

“In the last 30 years or so, individual rights at work have increased very significantly, and yet large numbers continue to struggle with problems at work. If you read the newspapers it would be easy to assume that people pursue legal claims at the drop of a hat. But that was never the case and, in fact, claims rates reduced even more after introduction of Employment Tribunal fees in 2013. The reality is that the majority of people try to do something to sort out workplace problems, often informally, but a worrying proportion get nowhere. That leaves many, and increasing numbers, living with big problems at work and keeping silent,” said Professor Barmes. 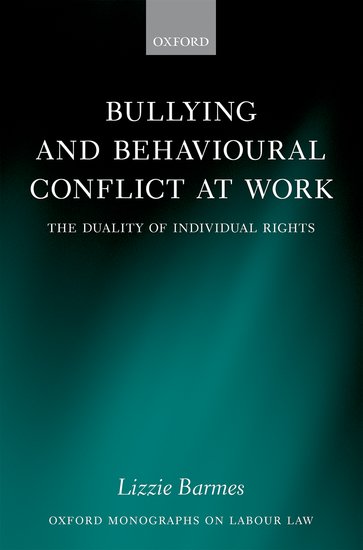 Based on extensive primary research, the volume surveys and analyses experiences and attitudes towards negative behaviour in the workplace, and explains relevant employment and equality law as it has developed from 1995 to the present day, covering the major case law and legislative developments over this time.

Conflict at work and the law

The book provides analysis of authoritative UK judgments about behavioural conflict at work from 1995 to 2010, as well as of interviews with senior managers and senior lawyers, allowing the reader first-hand insight into the influence of law and legal process on problems and conflict at work.

Professor Rosemary Hunter from QMUL’s School of Law and outgoing Chair of the SLSA said:

“Bullying and Behavioural Conflict at Work is a worthy winner of the 2017 Hart Socio-Legal Book Prize in a very competitive field. The book provides an original and important analysis of the operation of employment and equality law in practice, as well as offering wider insights into the implementation and effects of law and the possibilities and limitations of law as an instrument of social justice.”

Professor Valsamis Mitsilegas, Head of the Department of Law at QMUL, congratulated Professor Barmes and said that the award is a testament to her “ground-breaking scholarship and research”.