Researchers have shown that living near newly built roads in Ethiopia is associated with higher rates of infant mortality. Proximity to new roads has negative health effects because of toxic waste dumped illegally during the construction phase, according to early research by economists at Queen Mary University of London (QMUL) and Trinity College Dublin (TCD). 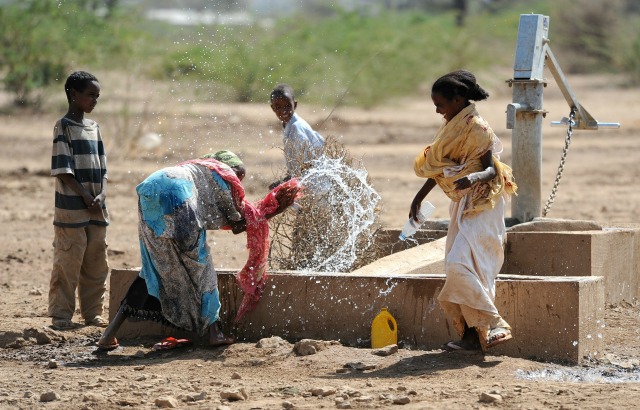 The research shows that an additional road built within five kilometres increases the probability that a mother experiences an infant death by three percentage points from 8.5 per cent to 11.5 per cent The research team also found that children under the age of five living near a recently built road have a lower level of haemoglobin in the blood and are more likely to suffer from severe anaemia.

The research builds on an established body of evidence linking toxic pollution to the incidence of death and disease in less developing countries. Among the poorest countries, it accounts for more than three times the number of death and diseases caused by malaria, HIV, tuberculosis combined. The illegal flow of toxic waste is recognised to be one of the most significant forms of transnational crime, with potentially devastating health consequences for local populations.

The study is published as a Trinity Economics Paper by Dr Caterina Gennaioli from QMUL’s School of Business and Management and Dr Gaia Narciso from TCD’s Department of Economics.

The researchers based their investigation on the premise that road construction sites provide an ideal opportunity for the illegal disposal of toxic waste. They argue that the embankments and the sites set up during the digging phase provide a suitable place for dumping, and that newly built roads make previously remote areas more accessible and susceptible to dumping. They chose to focus on Ethiopia because of the country’s extensive road building programme which took place from 1997 to 2010. In addition East Africa is recognised by the United Nations Office on Drugs and Crime as a region under severe threat from toxic waste trafficking and dumping (UNODC 2009).

The researchers used data from two rounds of the Demographic and Health Survey (DHS) conducted in 2005 and 2011, which contain several indicators for health among adults and children, including infant mortality, anaemia, and the level of haemoglobin in the blood. They used georeferenced data on the Ethiopian roads network for the years 2000, 2005, and 2010. They were then able to link increased rates of death and disease known to be associated with the effects of exposure to toxic waste and the construction of new roads.

The research focused on roads constructed along the corridors connecting the capital Addis-Ababa to the neighbouring countries (Djibouti, Somalia, Eritrea, Sudan and Kenya) and shows that the results only hold along two main routes connecting Ethiopia to Somalia and Djibouti. These findings are consistent with the anecdotal evidence on the likely routes followed by toxic waste (UNODC 2009, Greenpeace 2010).

The results were adjusted to take into account a variety of factors that could affect the findings such as pollution, urbanisation and migration.

According to Dr Gennaioli: “…Infrastructure development projects in Africa have been scaled up and are attracting substantial investments from foreign investors. Whether these projects foster illegal activities, such as the dumping of toxic waste, is likely to depend on the different institutional arrangements and quality of institutions across the continent. The evidence presented in the paper recommends that infrastructure development, particularly road constructions, should, at least, be accompanied by actions aimed at preventing illegal toxic waste disposal, especially in regions with weak institutions and a strategic geographical position.…”