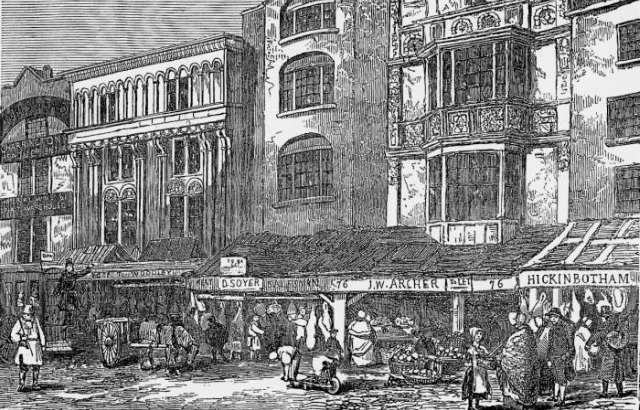 Whitechapel from the 1849 Illustrated London News.

This series is part of a new partnership between QMUL and the Migration Museum Project in London.

This walk unearths the lives of Irish migrants in Whitechapel and Wapping in the mid-nineteenth century. Hardly any trace remains today of the large population of Irish men and women who once lived in the East End. Fleeing famine in Ireland, they settled around Rosemary Lane, now Royal Mint Street, and played a major role in the workforce of the docks. Our walk will consider Victorian journalist Henry Mayhew’s meticulous interviews as a source for recovering the lives of Irish Londoners, looking at work and home life, and how links to Ireland and Irish Londoners were sustained through religious practice and mutual support.

For nearly 70 years, Whitechapel was home to the UK’s largest Jewish population. This walk takes you on a route through Whitechapel in the words of two generations of local writers, including Russian-Jewish immigrant Thomas Eyges, who vividly describes his experiences of arrival and survival in late-Victorian London, and Israel Zangwill, who lived and worked among the immigrant community and documented their complex subculture. We will revisit the same locations as seen fifty years later by Polish-Jewish Esther Kreitman, whose dark fiction reflects the fragmentation of the Jewish community in the interwar East End.

Colonials in the Metropole: Migrant Bloomsbury

In the 1920s and 30s Bloomsbury was London’s most diverse neighbourhood, populated by writers and intellectuals from all over the world. Some came to put down roots; others felt permanently unrooted; some produced acute observations of a modern commercial city, a city of new freedoms and old prejudices; for others London appeared dreamlike and unreal. This walk brings together some unexpected perspectives on Bloomsbury from the work of émigré writers from British colonies – C.L.R. James from Trinidad, Mulk Raj Anand from India, Christina Stead from Australia and Jean Rhys from Dominica – as well as from beyond the British Empire (for example, Lao She from China). 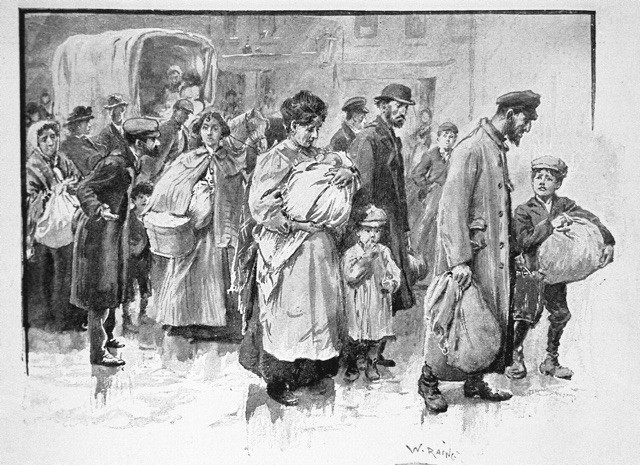 The dramatic backdrop of Waterloo Station, point of arrival in London for Caribbean migrants in the 1950s, provides the setting for this walk. Experience the vibrant writing of Trinidad-born novelist Sam Selvon, who evokes the expectations and apprehensions of new arrivals at Waterloo, as well as feelings of loss and nostalgia. Our stroll around the station and its environs will take in Selvon’s lyrical and witty reflections on London Transport, on railway travel and waiting in stations, on the pleasure of chance meetings and the alienation of encountering a city of strangers.

Dr Nadia Valman is a scholar of nineteenth and twentieth-century urban literature. She has taught at Queen Mary for 10 years, where she has developed innovative courses using guided walks to explore the literature of London from Charles Dickens to Monica Ali. Her recent publications examine the Victorian East End novelist Israel Zangwill and she is the author of Zangwiil’s Spitalfields, a walking tour app. She is based at the School of English and Drama.