Sam Halliday, Senior Lecturer in Nineteenth-Century American Literature at QMUL's School of English and Drama writes about a new exhibition at the Wellcome Library: Electricity, The spark of life. 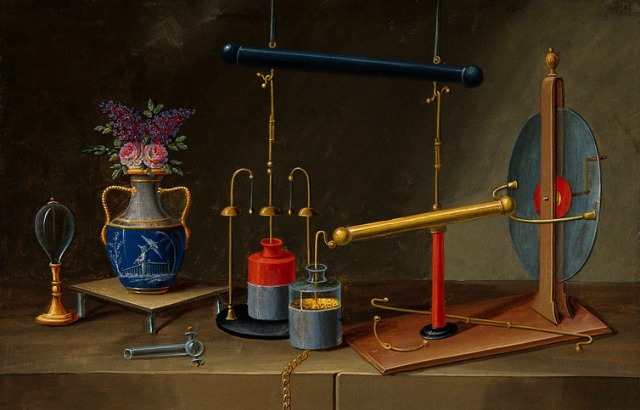 Mark Twain associated it with surprise. DH Lawrence thought that it helped explain all sorts of interpersonal relationships, from those connecting children to parents to those linking lovers. For the American Romantic writer, Margaret Fuller, it was a constituent of “the especial genius of women”. And for James Joyce, it characterised the pleasurable effects of white wine.

What is the common object here? As several of the items on view in a new exhibition at London’s Wellcome Collection help explain, the answer is electricity.

Ever since its scientific heyday in the 18th century, electricity has served writers as a rich source of metaphor, analogy and subject matter. In that heyday, it formed the centrepiece of popular demonstrations often designed to awe as much as educate. Later, electricity became more familiar, as a string of technological developments brought it into factories, offices, public spaces, and (ultimately) homes. It was perceived as both a property of bodies and an energy that ran machines.

Writers drew on it, accordingly, to evoke both the most extreme and the most everyday experiences. And the way in which they did so tells us much about the history of electricity itself.

The first device capable of storing electricity and releasing it, the Leyden Jar (invented by two independent parties in 1745 and 1746), is evoked by Herman Melville in Moby Dick (1851) when Ahab expends “the Leyden Jar of his own magnetic life”. Elsewhere, Melville alludes to experiments in which Leyden Jars were used to pass electric currents along chains of people holding hands.

Luigi Galvani’s discovery that electricity could reanimate the dismembered limbs of frogs is all across 19th century literature, as in Dickens’s recurrent references to characters’ “galvanic” fits and starts. Here, the atmosphere of early public demonstrations of electricity is palpable.

Galvani also leads, by the exhibition’s own account, to perhaps the most famous literary invocation of electricity of all, Mary Shelley’s Frankenstein (1818, rev. 1831). In fact, references to electricity here are both fleeting and oblique; but the novel’s preface leaves little doubt that it was indeed Galvani’s research (and that of others associated with him) that inspired the book’s signature conceit, according to which reassembled human body parts may be “endued with vital warmth”.

In subsequent literature, it is more usually living persons who are “endued” with “warmth” this way – and usually, not by artificial apparatuses, but by each other. This reflects the way that electricity was increasingly seen as pervasive, if not ubiquitous, rather than something of a moment, fabricated for sensational effects. When Walt Whitman sings “the body electric”, for instance, he is not thinking of fervid scientists, labouring in clandestine laboratories. Neither is he thinking about Leyden Jars. He is thinking of all the ways that bodies can enjoy, simply because they are alive. In particular, he is thinking about sex.

And so to one of the most insistent claims on the 19th century imagination: the perceived link between electricity and sexuality. DH Lawrence’s thinking about love, touched upon above, speaks to this, also indicating the continuation of this thinking long beyond the 19th century itself. In The Rainbow (1915), one of Lawrence’s male characters finds himself “in an electric state of passion” for a woman. In Women in Love (1920), another man’s sexual appeal is attributed to his being “able to give off a sort of electric power”.

But it is in a manuscript that Lawrence wrote between publication of these novels – but opted not to publish, perhaps fearing censorship or worse – that his thinking along these lines takes a more audacious turn. Writing about Whitman, whose own homosexuality was by this time widely, if not openly recognised, Lawrence argues that sex between men has an “electric” mandate. The “circuits” formed when men have sex, he says, are neither more natural nor less so than those formed by “man” and “woman”. In both instances, he says, there is “the same immediate connection”.

These claims lead then, finally, to what is clearly the second major stimulus to literary interest in electricity: the rise of “circuits” in the form of new electrical technologies. The Wellcome’s show pays some attention to these, focusing on the rise of electrical power.

But it was electrical communications technologies that had the most pervasive effect on literature, beginning with the electric telegraph, in operation from the 1840s onwards. In Henry James’s The Bostonians (1886), this sends “electric feelers”, through New York, spreading news and advertising. Accordingly, one of the novel’s characters regards “the mission of mankind on earth as a perpetual evolution of telegrams”.

And in Through the Looking Glass (1871), Lewis Carroll’s Alice is alarmed by the threat that she might be sent as a telegram. Her alarm is an oblique expression of a culture for whom the sending and receipt of messages had become compulsive – an addiction to be sustained, perhaps at any cost. Writers sensed this, because they were party to it. They liberally sprinkled their work with references to electrical communications because those works were, in a fundamental sense, communications.

If all this sounds familiar, this is because so many of our recent communication technologies are directly descended from the telegraph, and later 19th century electrical devices, such as the telephone. Sending a text message is, effectively, like sending a telegram without having to visit the post office. Look down at your feet, in British cities, and you will often see manhole covers with the phrase “Post-Office Telegraphs” inscribed upon them – an inscription documenting the fact that the Post Office once ran telegraphy as it ran the delivery of letters.

We may think today that we have seen the advent of the information age in our lifetimes, but as James and Carroll, especially, show, that is not far from what 19th century writers thought about themselves.

Find out more about the BA English at QMUL