Scientists at Queen Mary University of London (QMUL) are a step closer to preventing the kind of injuries that affect ageing race horses like champion hurdler Rock on Ruby, the winner of Coral Hurdle at Ascot in 2015. 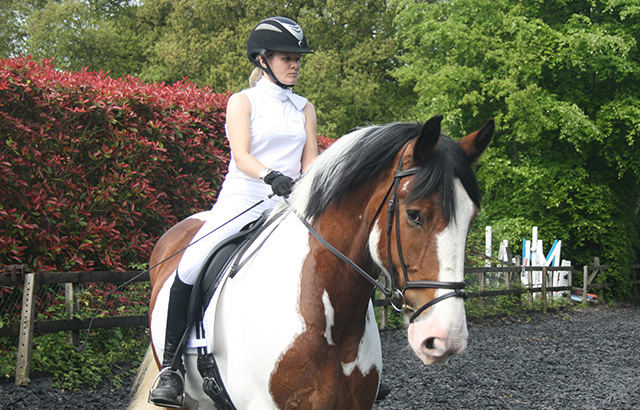 For the first time, the team at QMUL’s School of Engineering and Materials Science were able to show how the types of proteins differ in parts of the tendon, and importantly how this changes as the tendon ages.

Co-author Dr Chavaunne Thorpe said: “When a horse runs, its muscles generate a massive amount of energy that is stored and released by the tendons in their legs. These can be likened to massive elastic bands that absorb energy as they are stretched, and release it again when they recoil.

“The key to the effectiveness of tendons is the ability of the fibres that they are made up of to slide across each other. When this ability to slide is reduced, the energy damages the tendon instead of being stored and released by it.

“In this new study, we have identified specific proteins that help the tendon fibres to slide, and this research shows that these proteins are replaced less quickly as aging occurs. This makes injuries of the type that ended Rock on Ruby’s career more likely.”

Rock on Ruby, the 2012 Cheltenham Champion Hurdle winner, famously went on to win the Coral Hurdle at Ascot last year despite suffering a career ending tendon injury during the race, which resulted in the untimely retirement of champion hurdler.

All tendons are made of subunits containing rope-like collagen surrounded by a material called the interfascicular matrix (IFM), which binds them together. The IFM is a soft, extendible material that allows the subunits to slide past one another, enabling the whole tendon to stretch.

Publishing in the journal Scientific Reports today (Thursday 4 February) the researchers identified which proteins are present and how rapidly many of the proteins in the IFM are refreshed in young tendons.

As tendons become older, the IFM becomes stiffer making it harder for the subunits to slide past each other. The results of this study indicate that the rate of proteins renewal drops with ageing in the IFM specifically.

Co-author Professor Hazel Screen, added: “Our research proves that the increase in tendon injuries as horses age may be directly related to the slowdown in the renewal of specific proteins within their tendon tissues.”

Tendon injury is common in horses as well as humans, with an economic impact of more than £3bn a year in horse racing. Around 16,000 horses are in training each year and the tendon injury rate is as high as 43 per cent with few horses returning to racing after injury.

The research is funded by BBSRC (Biotechnology and Biological Sciences Research Council) and was carried out with the University of Liverpool.