Queen Mary University of London (QMUL) played host to a presidential delegation visiting from Costa Rica on 25 May. 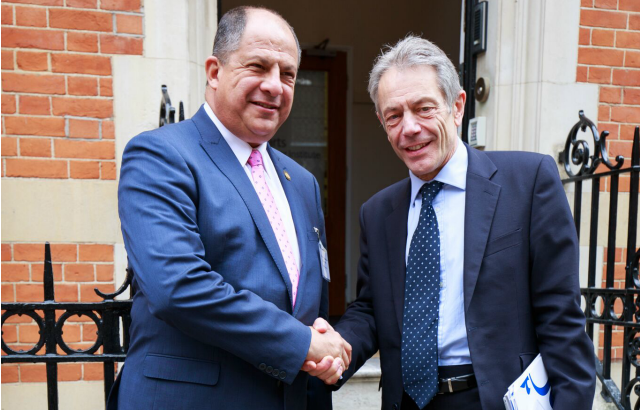 The two sides discussed QMUL and Costa Rica’s experience of doing research in the life sciences, as well as the potential for future collaboration. In particular, the sides focused on QMUL’s Life Sciences Initiative, a multidisciplinary enterprise across the university’s three faculties: Humanities and Social Sciences, Medicine and Dentistry, and Science and Engineering.

On the QMUL side, Professor Bill Spence, Vice Principal (Research) & Director of the QMUL Life Sciences Initiative, Professor Steve Thornton, Vice Principal (Health) and Executive Dean of the Barts and the London School of Medicine and Dentistry and Professor Mark Caulfield, Co-Director William Harvey Research Institute and Chief Scientist of Genomics England, along with other senior academics attended the meeting.

The visiting delegation were later given a tour of the facilities at the Barts Heart Centre, before having lunch with Costa Rican students and staff at QMUL.