Brazil’s first disability circus company has been launched by People’s Palace Projects, an arts charity based at Queen Mary University of London. 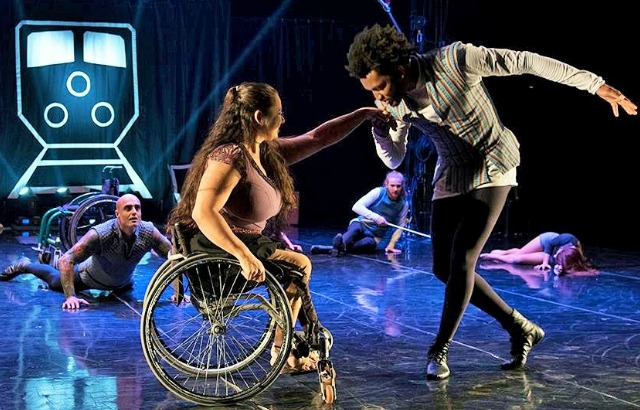 ILtda, formed by ten artists with and without disabilities, performed its first show this September during the Rio 2016 Paralympics. The performance, a circus extravaganza called “Parada Shakespeare”, celebrates the 400th anniversary of the playwright's death.

Inspired by plays such as Romeo and Juliet, Hamlet, and Richard III, and rich with acrobatics and stunts on trapeze and stilts, the performance proves that art and circus are powerful tools for people with disabilities to overcome personal obstacles and express themselves.

Parada Shakespeare also staged a powerful performance at the British House in the Rio 2016 Paralympics, bringing some audience members to tears.

“Shakespeare would have loved it, I’m sure! He not only wrote some of the most wonderful clowns for its comic characters, but he also put his characters at risk all the time, and has a lot to do with circus artistry,” Paul Heritage, founder and artistic director of People’s Palace Projects, commented.

The project was developed in partnership with UK-based arts and disability NGO Graeae and Brazilian NGO Crescer & Viver Circus, with the support of the Secretary of Culture of the Mayor of the city of Rio de Janeiro and the British Council.

The performance is directed by Vinicius Daumas and Zé Alex. Director of the Graeae theatre company Jenny Sealey, who co-directed the London 2012 Paralympics opening ceremony, acted as the artistic supervisor of the project.

Co-director Vinicius Daumas said: “We are making something new and special and we want to make these artists stronger. The artistry of the circus has to do with overcoming fear and obstacles and it’s a perfect art form for them. We’ve created a poetic, beautiful and emotional show for the audiences.”