The European Court of Human Rights (ECHR) must continue to change if it is to remain effective, according to Judge Paul Mahoney, the UK Judge on the ECHR. Judge Mahoney was speaking at an event organised by the Human Rights Collegium at Queen Mary University of London. 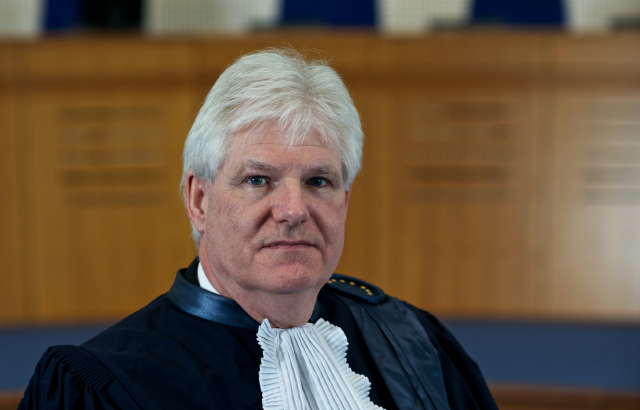 In a wide-ranging speech, Judge Mahoney began with an account of the philosophical and historical origins of the European Convention of Human Rights, before moving to the formation, growth and reform of the European Court.

In a section about the contemporary Court and its future, Judge Mahoney gave an account of the changing relationship between the Strasbourg Court and individual European societies.

“As human rights culture percolates deeper and deeper into European societies and, in particular, into the legal protection afforded to citizens by the national courts in a given country, so, as a corollary, the scrutiny of the international Court in Strasbourg into the outcome and merits of a case at national level is likely to become less intense.”

Judge Mahoney continued: “This deference to the human rights assessments made by the national courts – in countries where the legal system is working properly and where the courts can be regarded as independent and impartial, it should  be emphasised – is normal and not to be regarded as backtracking or as an abdication of its responsibility by the Strasbourg Court.”

The Judge also made reference to the greatly extended geographical and territorial reach of the Convention. He pointed to findings by the Court that the United Kingdom and the Netherlands were responsible under the Convention for certain acts of their troops during the Iraq war.

“According to some commentators, the “jurisdictional” responsibility of the Contracting States under the Convention is no longer territorial, essentially restricted to Europe. Rather, the relationship between the State and the “jurisdiction” it exercises under the Convention is to be assimilated to the relationship between a snail and its shell: wherever the snail goes, the shell goes too – so that, for example, on this analysis killings committed by drone strikes in foreign territory would be included within the Convention “jurisdiction” of the Contracting States.”

Judge Mahoney made it clear that while he couldn’t comment on such speculation, “what is sure is that the Convention’s territorial reach is now much greater than that ever imagined by the Convention’s drafters”.

Judge Mahoney went on to speak about a number of challenges facing the court, including its backlog of cases, reduced hugely by a series of procedural reforms, but still standing at more than 70,000.

He also referred to the potential for reform in the face of “disturbing storm-clouds on the horizon”, namely the re-emergence of crises and conflicts in Europe. Judge Mahoney said: “All in all, this aspect of the Court’s operation – that is to say, in such extreme contexts of crisis or conflict – is not exactly a success story.”

The event was chaired by Professor Geraldine Van Bueren QC, Professor of International Human Rights Law, Queen Mary University of London, and Lady Justice Arden delivered the response. The event is one of a series of high-profile initiatives to mark the 50th anniversary of the QMUL School of Law.

Paul Mahoney has been the UK judge on the European Court of Human Rights (Strasbourg) since November 2012. From 2005-11 he was President of the European Union Civil Service Tribunal, a specialist first-instance chamber of the Court of Justice of the European Union (Luxembourg). Prior to that, he spent the greater part of his career in the Registry of the Strasbourg Court, beginning as a case-lawyer in 1974 working on the case of Golder v. United Kingdom and ending as Registrar of the Court from 2001-05, with a three-year break in the 1990s as Head of Personnel of the Council of Europe (Strasbourg).

His early career was as a lecturer (in Roman law and tort) at University College London, followed by two years of practice as a barrister in London until 1974. He has law degrees from the University of Oxford and University College London, and was awarded an honorary doctorate by the Aristotle University of Thessaloniki in 2011. He is co-editor of three books on international human rights law as well as being author of various articles on European civil service law and the European Convention on Human Rights, and he served as associate editor of the Human Rights Law Journal from 1980-2012.

About the Human Rights Collegium

The Human Rights Collegium is the first association between a university and a non-governmental organisation established to provide scholarly expertise, research and teaching on national and international human rights. It is a consortium of members of the School of Law at Queen Mary University of London and the British Institute of Human Rights.

Its aim is to focus on areas that are at the forefront of human rights to help contribute to its progressive development and to help benefit the community. Through investigation and research its members seek to prevent and remedy human rights violations and by providing pro bono legal advice its research is linked with the practical assistance offered by the QMUL Legal Advice Centre. These rights include the rights of the most disadvantaged and vulnerable in our community including socio-economic rights; rights of women; international child rights and the rights of other vulnerable groups.