Oppression, discrimination, and the unrelenting courage of forgotten heroines. In a major new series for the BBC, renowned historian Professor Amanda Vickery tells the story of Britain’s longest war; the suffragettes’ 300 year-long campaign for equality. 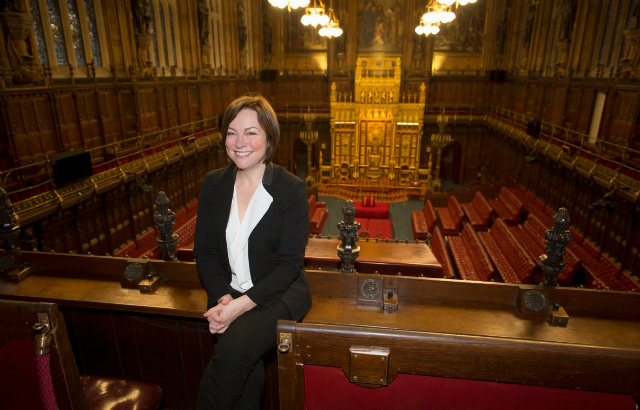 Suffragettes forever! The story of women and power begins on Wednesday 25 February, with an account of the immense legal, social, and political oppression experienced by British women before the suffragettes campaign began.

According to Professor Vickery, this was a period of “astonishing prejudice; defined by systematic subjugation, cruelty and hardship for many women”.

“In October of 1814, a man led his wife to Hailsham market and sold her to the highest bidder. This was the ritual of wife sale, a kind of informal divorce. The unwanted woman was led to market in her Sunday-best dress with a rope halter on her neck or around her waist. She was exhibited like a beast, haggled over, and auctioned off to the highest bidder. There were 300 wife sales at fairs and markets all around Britain in the 18th and 19th centuries,” said Professor Vickery.

The following two episodes will trace the emergence, development and extraordinary impact of the suffragettes on life in Britain. Professor Vickery will tell the stories of women who worked tirelessly – often at great personal cost – to challenge the suffocating effects of an overwhelmingly male dominated society.

The battle to win the vote is the popular symbol of this struggle, but Professor Vickery places that epic fight in a much wider context.

The focus of the series will extend from the earliest recorded women’s rights demonstration at the time of Cromwell, through to modern times – with the election of Margaret Thatcher just 50 years after the extension of the franchise. Professor Vickery will conclude with reference to the ongoing – and incomplete - campaign for equal status in the institutions, homes, and boardrooms of modern Britain.

Suffragettes forever! is one of a series of BBC programmes commissioned to mark the 800th anniversary of the Magna Carta.