Rüdiger Görner, Professor of German at Queen Mary University of London, has been awarded the prestigious Reimar Lüst Prize in recognition of his outstanding scholarly work in the field of Anglo-German relations. 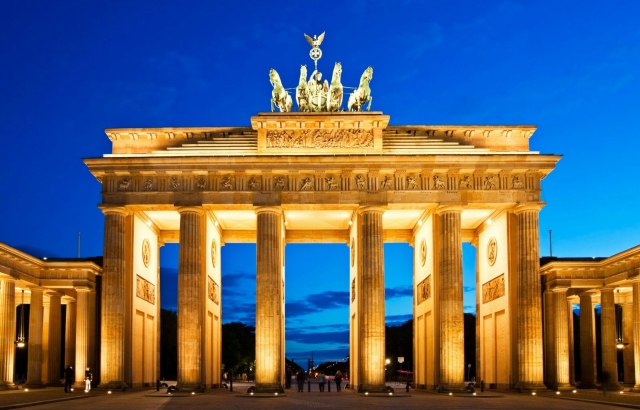 The prize was granted by the Alexander von Humboldt Foundation and will be bestowed formally in 2016 by Joachim Gauck, President of the Federal Republic of Germany.

Professor Görner described receiving the award as “both gratifying and humbling”.

“It is rewarding because it allows one's contributions to the world of academia and scholarship to resonate. But it is also humbling if one considers the list of previous recipients or of international colleagues who would also be worthy of receiving this award at the present time. The award is also an encouragement to develop - with the help of my distinguished colleagues - the work of the Centre for Anglo-German Cultural Relations further into the future, for which QMUL and its Faculty of Humanities and Social Sciences provide an ideal context,” said Professor Görner

In 2016, the nominating institution, the Morphomata Centre for Advanced Study of the University of Cologne, will hold a series of lectures and a seminar in celebration of Professor Görner’s scholarly work.

Professor Görner is based at QMUL’s School of Languages, Linguistics and Film. He is the founding Director of QMUL’s Centre for Anglo-German Cultural Relations and between 1999 and 2004 he was Director of the Institute of Germanic Studies.

His main research areas comprise literary representations of the five senses, the poetics of voice, Georg Trakl and literary Modernism, the Tower as a literary figuration. He has published studies on Hölderlin's poetics, the Goethezeit, Austrian literature from Stifter to Thomas Bernhard, on Rainer Maria Rilke and Thomas Mann and his notion of finality in culture as well as studies on literary aesthetics. Professor Görner is a Corresponding Fellow of the German Academy of Language and Literature