In this post, Professor Robin Callender Smith from QMUL's School of Law, discusses his forthcoming book on celebrities and privacy law. 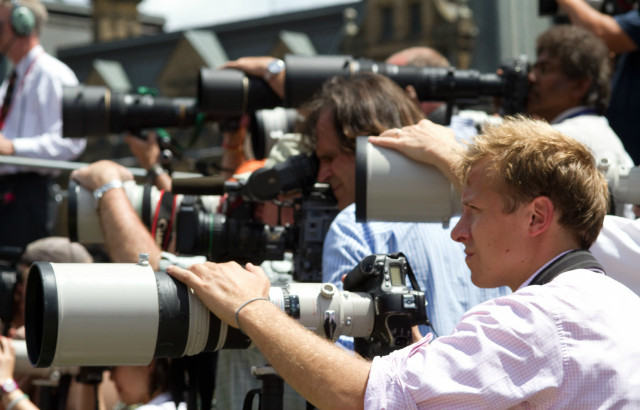 My introduction to media law – back in 1966 – was not auspicious. I was about to complete my full-year pre-entry course for journalists, the second one ever to be run at Harlow Technical College in Essex. Then there were no university degrees or diplomas in journalism or media studies. Before Harlow, the three-year trade apprenticeship training for journalists involved correspondence courses and night school classes in shorthand, local government and newspaper law.

I managed, quite comprehensively (because of arrogant inattention), to fail the newspaper law exam.  I had to re-take it before my apprenticeship on the Eastern Daily Press (EDP) could begin. That experience was a stinging and salutary lesson. In mastering the re-sit I became fascinated with the subject. On completing my apprenticeship three years later I left the EDP to study and qualify as a barrister.

Now, nearly 50 years later, I have had the pain and delight (in equal measure) of completing a book that reviews the development of the laws of privacy in England and Wales as they relate to celebrities and the media, particularly during the last five years, Celebrity, Royal Privacy, the Media and the Law. The printing presses for legal publishers grind more slowly than those of the tabloid newspapers with whom I have worked as a pre-publication “night lawyer” but the book should appear on bookshelves by the end of November this year.

I have been extraordinarily lucky in finding myself at the centre of this continually developing area of privacy law practically and professionally as a “night lawyer”, an academic and as an Information Rights Judge. This has allowed me to record its dynamism and the fundamental questions that it raises about the way we live our lives in public and in private in a book.

The book examines three key concepts: celebrity, privacy and proportionality. Then six of the specialist privacy regimes are considered: breach of confidence, misuse of private information, copyright and image rights, protection from harassment, data protection and the Defamation Action 2013.

The enduring celebrity status of the royal family is also considered in four special chapters of the book dealing with the constitutional position of the monarch  in terms of taking personal legal action to protect privacy rights, the changes (made in 2010) to the Freedom of Information Act 2000 giving key members of the royal family and royal household an absolute exemption from the Act, the change in the way in which the royal family is financed in the Sovereign Grant Act 2011 and the origin of the  convention of (and legal challenges around) the sealing the royal wills.

Inforrm – as my LLM and LLB Media Law students at Queen Mary, University of London (QMUL) know – has been the invaluable and vital resource for completing this book and in their on-going media law education. Without Inforrm I would have missed so much factual and critical comment over the last five years the book has taken to complete … and this mirrors the foundation of the blog in January 2010.

By then I was drafting an LLM dissertation Freddie Starr Ate My Privacy. OK! That is where this book really began. I could not have realised then how prescient was that title in the light of subsequent litigation..