In this post, Professor Jane Wills considers the implications of the Chanellor's 'co-option' of the living wage. 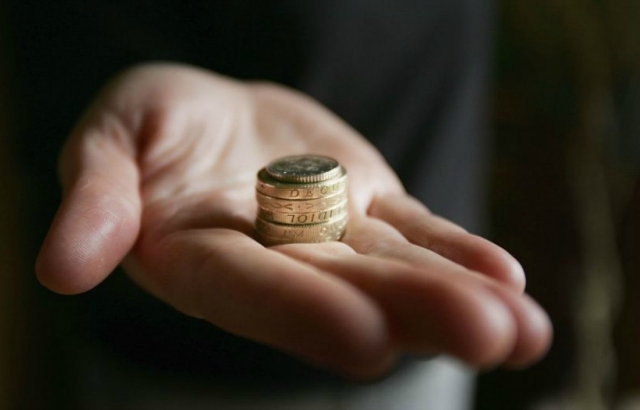 Last week, the Chancellor said that workers will earn £7.20 an hour from next April and £9 an hour from 2020. He called this a new living wage.

It’s great to hear the Chancellor of the Exchequer declare his support for a living wage. There has been a campaign for just such a thing since 2001 and 14 years later, this is a solid vindication for the idea.

However, a living wage has to reflect the real cost of living and the challenges of supporting dependents. It needs to do what it says on the tin: provide the necessary support for a life.

This means that it has to be calculated on the basis of some hard data about costs and some reasonable assumptions about family size and the standard of living. This is what the Living Wage Foundation and the Greater London Authority have been doing for the past decade: calculating the hourly wage that can, in most circumstances, get people over the line. This is how they got to the current rates of £9.15 an hour in London and £7.85 an hour in the rest of the country. The new rate for 2015-16 will be announced in November 2015 during Living Wage Week.

Since 1999, the Low Pay Commission has been doing some of its own calculations to determine the rate for the National Minimum Wage (which is currently £6.15 an hour). They look at what the market will bear and try to determine at what point increased wages will mean reductions in the number of jobs. Their calculations have nothing to do with the cost of living and the needs of dependents.

It seems that the Chancellor wants to change the work of the Low Pay Commission to make it more like the Living Wage Foundation, but that doesn’t mean his new minimum rates are a living wage rate. In fact, they are a higher National Minimum Wage that falls short of the living wage rates. To have any credibility the rate of the living wage reflect the real costs of life, which Osborne’s arbitrary figure doesn’t.

Moreover, if tax credits are cut, the rate of the living wage will actually rise. At present, the Living Wage Foundation includes an assumption about full benefit take up in the calculations it makes, and with less subsidy the living wage rate would need to be higher. Indeed, the Greater London Authority has always published its rate with and without the inclusion of in-work benefits, and this adds about £2 an hour on top of the rate. For 2014-15, the official London rate is £9.15 an hour but without benefits it rises to £11.65.

The Conservatives are clearly trying to appeal to working people and it is great that they have recognised that for many people, one in five, work doesn’t pay. It is also sensible to try and shift part of the collective burden of low pay from the tax payers towards the employers.

From April next year, the gap between the new minimum (£7.20) and the national living wage rate (£7.85) will be 60p. That is still a significant gap, but it is easier to fill, especially if employers get additional benefits from paying the living wage rate. If they sign up, employers can accredit with the Living Wage Foundation and by boldly displaying the living wage logo on their shopfronts and letter-heads, they can encourage us to shop and spend living wage. The consumer can help to create a market advantage by taking their custom to those paying living wage rates.

In London, however, the gap between the Chancellor’s new minimum rate and the current living wage rate is already £2 an hour. This is a much larger gap to be filled. It is testament to the high cost of living in the capital city. It is also testament to the challenges in truly making work pay.