The Bangkok bomb killed 20 people, injured more than 100, and shook Thai politics, already turbulent, to its core. In this article, Dr Lee Jones, Senior Lecturer in Politics and International Relations, argues: until concrete evidence is produced, we should avoid any rush to judgement, and take both speculation and assignations of blame with a truckload of salt. 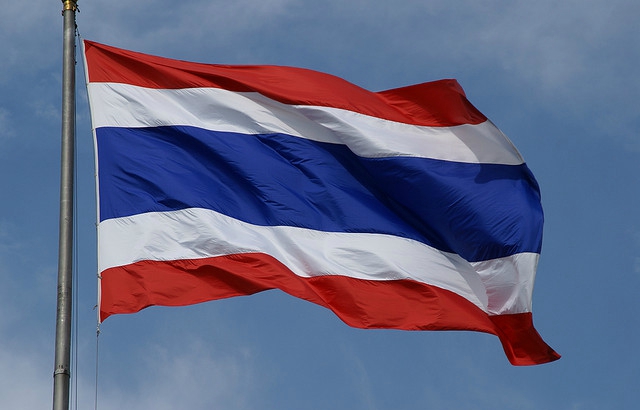 A massive bomb attack at Bangkok’s Erawan shrine has killed at least 20 people, around half of them foreigners, wounding over 100 more. They were killed by a 3kg pipe bomb which, CCTV footage seems to show, a lone attacker left in a backpack.

The dust from the explosion had barely settled before the blame game began. We still know very little about what happened and why – and the finger-pointing tells us more about Thai politics than anything else.

There are four possible explanations for the attack. It could be the act of someone affiliated to Islamist extremist groups like al-Qaeda, Islamic State, or Jemaah Islamiyah. This seems unlikely insofar as these groups are usually swift to claim responsibility and, as of 24 hours after the attack, no-one had done so.

Alternatively, it could mark an escalation in the long-running Muslim separatist conflict in Thailand’s restive deep south, where improvised explosive devices are regularly used. However, security experts insist that the bomb is unlike those used by the separatists, who also lack a history of attacking outside the south.

It could be linked to national-level political struggles. Thailand is still in the grip of an unresolved conflict between two massive factions. On one side are the “redshirts”, supporters of the deposed prime minister, Thaksin Shinawatra, and his successor governments, mostly based among the rural and urban poor. On the other are the “yellowshirts”, the Shinawatras' sworn enemies among the urban middle classes, the army, the judiciary, the bureaucracy, and the elite networks around the palace.

Thailand’s current military regime, installed after months of protests in 2014, is essentially ruling on behalf of the yellowshirt faction. Mass violence has been an irregular feature of this ongoing conflict.

Finally, the attack could be entirely unrelated to the “usual suspects”, instead being the work of a small group or even single individual with a specific grievance – possibly related to Thailand’s treatment of Myanmar or Chinese Muslims, for example.

The reality is that we simply do not know which of these hypotheses is true, if any. But that has not kept the Thai power elite from rushing to judgement.

Thailand’s present dictator, General Prayuth Chan-ocha, appeared to claim that the perpetrator was from an opposition (that is, redshirt) group based in northeast Thailand. He claimed this group had posted a warning of danger in Bangkok on Facebook. The government subsequently tried to frame the bumbling and erratic general’s comments as “misinterpreted”.

This seems a repeat of a similar, smaller event in early 2015, when Prayuth’s regime sought to blame redshirts for a bombing on the island of Koh Samui but were subsequently forced to backtrack. Regime spokesmen now admit they have no idea whether the suspect is Thai, or even male or female.

Prayuth’s comments apparently reflected a beleaguered dictator trying to make hay out of a national tragedy, just as General Suryad Chulanont did in 2006 when blaming a series of small bombings in Bangkok on Thaksin’s supporters. As analysis of those events showed, the disoriented and incompetent regime actually had no clear idea of who was responsible - much as it seems today. Suspects then ranged from Thaksin’s allies, to Thaksin’s enemies, to the police, to disgruntled elements within the military regime itself.

There is no obvious reason to cast the net any less widely today. Yes, some redshirts are undoubtedly angry about the constant frustration of the expressed will of electoral majorities, with some prepared to resort to violence. Shortly after the 2014 coup, the regime did round up small numbers of redshirts and modest arms caches.

But if anyone has form in the perpetration of political bombings, it could be the yellowshirts. Suspicions have been raisedof their involvement in explosive attacks on their own rallies in the past, blamed on the redshirts to help provoke military intervention.

And, of course, the attack may be entirely unrelated to domestic politics.

We should be particularly wary of Prayuth’s claims given that his regime is stumbling badly and would dearly love a national security crisis to justify clinging to power.

As was predicted shortly after Prayuth’s coup in 2014, the junta has failed to resolve Thailand’s crisis. It has not won popular acclaim for a rigged constitution that would allow their yellowshirt civilian allies to dominate a restored but heavily constrained “democracy”, while the economy is also slowing and the opposition is becoming increasingly vocal.

The regime has already admitted that it will miss its own 2015 deadline for holding elections and will “need” to retain power until 2016 or even 2017.

One thing is for certain: until concrete evidence is produced, we should avoid any rush to judgement, and take both speculation and assignations of blame with a truckload of salt.

Dr Lee Jones is an expert on politics and international relations in the Asia-Pacific, particularly Southeast Asia. His research focuses on sovereignty, intervention and governance in developing countries. He has written about democratisation, regime change, political economy, social conflict and international intervention throughout Southeast Asia and in Iraq and South Africa.

Lee did his graduate studies at Oxford and was Rose Research Fellow in International Relations before moving to Queen Mary in 2009. He is also a fellow of the UK’s Higher Education Academy. Lee sits on the editorial board of Palgrave’s book series, Studies in the Political Economy of Public Policy , and is a member of the ESRC’s peer review college.

Lee has advised government agencies and civil society groups from a wide range of countries including Australia, Britain, Denmark, France, Myanmar and Timor-Leste. He regularly appears in national and international media. Outlets have included Al-Jazeera, BBC News, the Financial Times, Le Monde Diplomatique, the BBC World Service and Monocle 24 radio. He tweets @DrLeeJones and his homepage is www.leejones.tk.