Women professorships low in some Scandinavian universities due to sexism

These are the findings of a new study from Queen Mary, University of London and Brunel on equality in universities in Denmark, Norway and Sweden, where the share of professorships among women are below the European average. 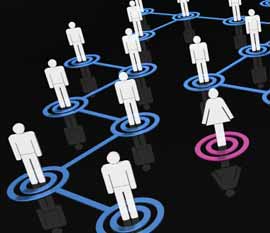 The research, which reveals female academics’ perceptions of sex equality, hiring and discrimination, has been carried out by Professor Geraldine Healy at Queen Mary and Catherine Seierstad at Brunel.

Key findings of the paper, Women's equality in the Scandinavian academy: a distant dream?:

“The findings suggest inequality regimes in Scandinavian universities conspire to limit women’s aspirations or ensure that women pay a higher price for success than men do,” says Professor Healy, from the School of Business and Management.

“This study reveals that some Scandinavian countries may have more of a ‘glass ceiling’ for women in academia than many of their European counterparts, with men continuing to dominate senior roles.”

Scandinavian countries are deemed the most equal in the world, and have the most established welfare model. Their governments have introduced many ‘women-friendly’ policies including affordable day care and paid maternity leave to enable Scandinavian parents to balance work and family life.

Such rights go some way to explaining the high proportion of Scandinavian women in the labour market. However, Professor Healy argues that the welfare benefits offered by the Scandinavian system, in fact “may work against women when it comes to promotion opportunities”. “This makes poor business sense when significant talent is excluded from career development opportunities,” she warns.

“Given their high equality ranking it might reasonably be expected that Scandinavian women would be well represented in academic hierarchies, for example, however our research found marked differences between the countries.”

The majority of respondents in a survey of women academics in three Scandinavian universities were aged 30 to 49, had children (69 per cent) and came from a range of academic disciplines. The sample encompasses a group of women, over two-thirds of whom are managing a dual career as mother and academic.

Sweden is in sixth place and Norway in 12th in the proportion of academics who are women, whereas Denmark, in 20th place, is below the EU average. As many as 80 per cent of respondents stated that there was no sex equality in their universities, with Swedish women most likely to give a negative response (94 per cent) followed by the Danes (83 per cent). Over half believed that women had to work harder than men to achieve. Women professors were most likely to have experienced discrimination when applying for positions.

“That women professors were most likely to have experienced discrimination is unsurprising,” says Professor Healy, “by seeking promotion they have put themselves in a specific arena of discrimination.”

Where examples of discrimination were given, they related to women being of child-bearing age. Professor Healy says: “Those who perceive Scandinavian countries as closer to a gender utopia fail to recognise that women are still judged according to their potential or actual reproductive capacity.

“The welfare provision, which focuses on mother as carer, has the unintended consequences of limiting women’s development opportunities. The likelihood of young women taking parental leave, for example, is used to favour the appointment of men.

“Therefore informal practices in many cases supersede formal equality policies and leads to the undervaluing of women’s talent, which not only damages the university but reinforces men’s domination of the hierarchies.”

Many respondents also reported that their career development is constrained by ‘choices’ between home and work, which may result from Scandinavian women’s experience of an unequal division of labour in the home.

Reported strategies for managing careers for some women meant leaving academia whereas others sought to plateau their careers while their children were young. This is a common approach, according to Professor Healy, but one with “inherent dangers for women academics who are later penalised for having made insufficient progress in the same time period as a male colleague”.

“While there has been an upsurge in equality strategies and action plans, it is yet to be seen if these strategies will challenge sex inequalities in universities in Scandinavian countries or whether a more egalitarian equilibrium remains a distant dream,” she warns.

While gendered inequality regimes are common in universities, including the UK, what places this study apart is that it is set in countries deemed the most equal.

The full paper entitled ‘Women’s equality in the Scandinavian academy: a distant dream?’, published by Sage Journals, is available to download here: http://bit.ly/Oq5YHu