Sir Nicholas Macpherson, Permanent Secretary to the Treasury, is to become a Visiting Professor at Queen Mary, University of London. The post will be held jointly between the Mile End Group – the College’s forum for political debate - and the School of Economics and Finance. 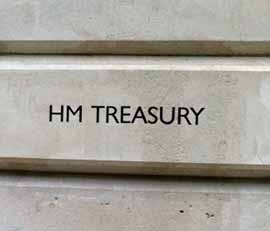 While retaining his position as a full-time senior civil servant, Sir Nicholas will provide some teaching input and a major lecture in 2012/13.

Dr Jon Davis, historian and Director of the Mile End Group, said: “We are honoured and excited that Sir Nicholas Macpherson has chosen to join us as Visiting Professor. Sir Nicholas has spent nearly all his career in the Treasury, spanning Gordon Brown's decade-long Chancellorship, the global financial crisis which followed, and the formation and practice of the current coalition government.

“No-one is better placed to explain the recent history of Britain's economic governance and this appointment demonstrates, once again, Queen Mary's unique appeal and contribution to the study and teaching of contemporary history.”

Sir Nicholas, who joined the civil service in 1985 after working as an economist, has been Permanent Secretary to the Treasury since 2005.

He managed the Budget and Public Finance Directorate in the British Civil Service, where he was responsible for tax policy and the budget process, between 2004 and 2005.

Among his previous Treasury positions, Sir Nicholas was Principal Private Secretary to the Chancellor of the Exchequer from 1993 to 1997, during which time he oversaw the transition from Kenneth Clarke to Gordon Brown as Chancellor.

Macpherson was appointed Knight Commander of the Order of the Bath (KCB) in the 2009 New Year Honours.