New data highlights that one in five London jobs pays less than the London Living Wage, and new research from Queen Mary, University of London shows this has potential costs for business, workers and the Treasury. 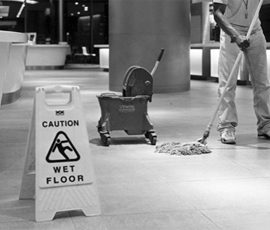 There are now 580,000 Londoners working in the capital who are paid ‘poverty wages’. While the current minimum hourly wage stands at £6.19 per hour, campaigners suggest that a minimum of £8.30 - the London Living Wage - is needed to cover the basic cost of living.

New research funded by the charity Trust for London and led by Professor Jane Wills from the School of Geography at Queen Mary is the first to provide data showing the Living Wage increases the happiness of workers. A large workplace survey found that half of employees (54 per cent) felt more positive about their workplace once the Living Wage was introduced, with 52 per cent feeling more loyal to their employers.

Almost one third (32 per cent) of the London workers surveyed felt the higher wage benefitted their family life by allowing them to spend more time with the family. One in four reported benefits such as being able to buy more goods, or put money aside in savings. A two person household could earn up to an extra £5,000 per year.

Professor Wills’ research shows that the government could save almost £1bn per year if all workers in London received at least the Living Wage, because of the increase in taxes paid and a reduction in welfare spending.

“Poverty levels among people who are in work have grown, making the campaign for a Living Wage more important than ever,” comments Professor Wills. “It’s clear that the Living Wage can benefit everybody concerned - employees and employers as well as the tax-paying public.

“Businesses that have introduced the wage have seen a 25 per cent fall in the number of staff who leave, better workplace relationships can develop as a result and we also found better psychological health amongst those employed in living wage workplaces.”

Companies interviewed for the study suggest that the reputational benefits of paying the Living Wage have helped them attract new business. Employers also reported that demonstrating corporate social responsibility by paying the Living Wage has proven hugely beneficial in attracting high calibre graduate recruits. While wage costs increase for businesses, the impact can be minimised through adjusting working practices to increase efficiency.