Testimonies of the ‘unsung heroes’ of modern medicine will be captured in the largest medical history project of its kind at Queen Mary, University of London, thanks to a £1.4m Strategic Award in the History of Medicine from the Wellcome Trust. 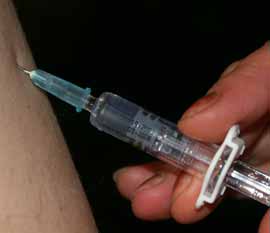 Professor Tilli Tansey, a former neuroscientist-turned medical historian at QM, will lead this major project to record the narratives behind key medical breakthroughs of the twentieth century.

“It is the stories of the hidden pioneers of medicine that we want to preserve; the technicians, nurses, patients, carers, funders and journalists, amongst others,” says Professor Tansey, who is also a Fellow of the Academy of Medical Sciences and an Honorary Fellow of the Royal College of Physicians.

The project is run by the History of Modern Biomedicine Research Group, based in the School of History at QM, and led by Professor Tansey.

Over the next five years, its researchers will oversee 130 individual interviews and 20 witness seminars, which are chaired discussions between participants involved in medical advancements and discoveries.

The interviews and seminars will focus on five key areas of modern biomedicine: clinical genetics; neuroscience; ethics in medical research and practice; global health and infectious diseases; and bio-medical engineering and technology. These oral accounts are to be recorded, before being transcribed, edited and published.

The £1.4m Strategic Award follows a £700,000 Wellcome Trust Fellowship awarded to Professor Tansey in late 2010 when she joined QM.

In addition to supporting all interview and meeting costs, the Strategic Award funds two academic editorial assistants, a project manager and a multi-media manager, plus several freelance transcribers, designers, and interviewers for five years.

In keeping with the Wellcome Trust’s policy of open access to research material, a major QM project objective is to make the material gathered widely available, via transcripts, podcasts and videos for the History of Modern Biomedicine Research Group website.