Many Brits who move to Turkey are failing to grasp local and international laws, leaving them financially at risk when making legal transactions, such as buying property, a study from Queen Mary, University of London has found. 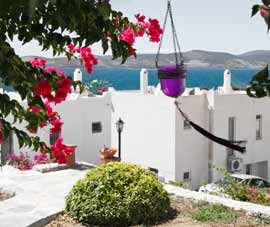 Being unable to speak or read Turkish has made navigating such issues a “legal minefield” for many Brits who emigrate in a quest for the affordable “good life” on the Aegean coast.

Funded by the Nuffield Foundation, the study focuses on British citizens settling in Mugla, a popular tourist spot in Turkey, and their social and legal experiences as well as how Turkey is adapting its legal system to accommodate such “lifestyle” immigrants.

In addition to examining statistical and legal data in the public record, the paper’s authors interviewed 34 British settlers and some Dutch settlers in Turkey as well as 24 Turkish people involved in the tourism economy. Most of the British people interviewed were retired and over the age of 50.

Of those interviewed, property acquisition, immigration and nationality status, work and a lack of language skills figured prominently as issues affecting their new lives overseas.

The study found that an inability to communicate in Turkish means that British people’s interactions and integration with Turkish society is limited. Not knowing enough Turkish also means that access to Turkish citizenship is restricted, which deprives many Brits of all kinds of civic legal rights.

Language inability is also at least partly responsible for the often expressed view among British people interviewed that the Turkish legal system is too complicated, bureaucratic, slow and unfair.

“Often British settlers are excluded from accessing their full legal rights because of their cultural and linguistic differences, and because they have come from a different legal environment,” Dr Shah says.

While many British immigrants are less able to influence matters through voting strength or taking official jobs which require Turkish citizenship, they are contributing to the development of the tourism economy.

British people are now the largest group of foreign national property owners in Turkey, according to official figures (15,502 as of September 2011). Many purchase ready-made villas, which has contributed to urbanisation and a rise in real estate value.

Purchasing real estate is legally problematic for Brits in Turkey, warns Dr Shah. “There are many restrictions under Turkish law on where foreigners can buy property. No lawyer is required in the process, which can leave purchasers vulnerable. Even when lawyers are consulted they don’t always advise well and sometimes even act against the interests of the buyer if they know the seller, for instance.”

The Turkish legal system also impacts on those Brits who have invested in property in Turkey and have a Turkish partner. “If the pair divorce, where the British spouse provided some or all the purchase price, court action might not produce a result which favours them, meaning life savings can be lost,” Dr Shah explains.

“Some Brits in Turkey are unaware that they may have to rely on British laws in some instances, for example to make wills or in divorce cases.

Dr Shah adds: “The issue of wills and inheritance is already causing some concern among British settlers and is likely to be a major legal issue in years to come.”

The full paper, The legal adaptation of British settlers in Turkey, is published in Transcultural Studies (2012/1): http://archiv.ub.uni-heidelberg.de/ojs/index.php/transcultural/article/view/9268