All-white juries in parts of the US convict black defendants more, study finds

Black defendants in Florida, USA have been convicted 16 per cent more often than white defendants, a gap almost closed when at least one jury member was black, according to a study from Queen Mary, University of London, Duke University, North Carolina and Carnegie Mellon University, Pittsburg. 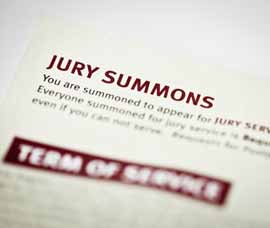 In the study, investigating how the racial make-up of a jury pool affects the outcome of a trial, researchers examined more than 700 non-capital felony criminal cases in Sarasota and Lake counties from 2000-2010. They looked at the effects of the age, race and gender of jury pools on conviction rates.

The jury pool typically consisted of 27 members selected from eligible residents in the two counties. From this group, attorneys chose six seated jurors plus alternates.

"I think this is the first strong and convincing evidence that the racial composition of the jury pool actually has a major effect on trial outcomes," said senior author Patrick Bayer, "Our Sixth Amendment right to a trial by a fair and impartial jury of our peers is a bedrock of the criminal justice system in the U.S., and yet, despite the importance of that right, there's been very little systematic analysis of how the composition of juries actually affects trial outcomes, how the rules that we have in place for selecting juries impact those outcomes," Bayer said.

“The striking nature of our findings points to the need for future studies in other jurisdictions (both within the US and elsewhere). Unfortunately, there are limitations to do this given the lack of systematically collected data regarding the demographics of the jury pool,” explains Professor Hjalmarsson, an specialist in the economics of crime.

The study, posted on the Quarterly Journal of Economics, focused on how conviction rates varied with the composition of the jury pool, which is randomly determined by which eligible residents are called for jury duty that day.

“The idea is to treat the jury pool as a natural experiment - some defendants randomly draw a jury pool that includes some black members while others face a jury seated from an all-white jury pool,” Bayer said.

Among the key findings:

The researchers chose data from Sarasota and Lake counties because these jurisdictions provide more detailed information from court trials than do most other jurisdictions throughout the country.

The researchers said they wanted to know how the racial make-up of a jury pool affects the outcome of a trial because existing empirical literature on the subject was "sparse" and subject to a number of limitations. They also cited anecdotal evidence from trials that has raised questions about fairness, and noted the proportion of incarcerated blacks is almost four times the proportion of blacks in the general population.

Studies based on experimental evidence from “mock” trials are limited in part because the stakes are far lower than for real trials, they said. Studies that examine the correlation of a seated jury's race and related trial results are problematic because seated jurors are not selected at random from a set of people on the jury pool, they said.

In most criminal trials in the United States, prosecutors and defense attorneys can exclude potential jurors without explanation through a process called peremptory challenge. So even if the initial jury pool is randomly drawn, the nature of the charges, the evidence and the attributes of the defendant can all influence the composition of the seated jury.

Excluding potential jurors based on race is illegal; Bayer said the data they examined did not show any misconduct by attorneys.

The findings imply that the application of criminal justice is "highly uneven," Bayer said, because conviction rates vary substantially with random variation in the racial composition of the jury pool.

"Simply put, the luck of the draw on the racial composition of the jury pool has a lot to do with whether someone is convicted and that raises obvious concerns about the fairness of our criminal justice system," Bayer said.

"I think our study points to the need for a lot more analysis, and a lot more transparency in collecting data and analysing it in jurisdictions throughout the country," Bayer said.

Senior author Patrick Bayer can be reached at (919) 660-1815 or patrick.bayer@duke.edu. A video interview with Bayer is viewable here. A graphic can be accessed here. For a copy of this study, contact Steve Hartsoe at Duke University press office.