The psychological impact of natural disasters such as the Japan earthquake can be revealed in the way people inherently respond to unpredictable situations, according to a psychology expert at Queen Mary, University of London. 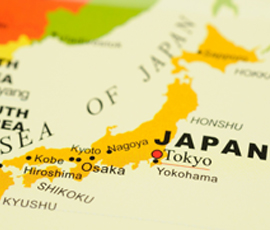 Dr Magda Osman, Psychology Lecturer at Queen Mary, University of London, and author of Controlling Uncertainty: Decision-making and Learning in Complex Worlds, said the disaster had a devastating immediate effect on tens of thousands of people in Japan but the true psychological impact will be felt “for some time to come”.

“A disaster like the Japan earthquake has such wide-ranging implications, especially on the psychological well-being of those affected,” Dr Osman said.

“After a disaster, typically small communities become incredibly co-operative and pull together to help each other and start the rebuilding process. There’s an immediate response where people start to take control of the situation, begin to deal with it and assess and respond to the devastation around them.

“The problem is that we aren’t very good at calculating the long-term effects of disasters. After about two months of re-building and cleaning up we tend to experience a second major slump when we realise the full severity of the situation in the longer term. This is what we need to be wary of because this triggers severe depression.”

Dr Osman, who works in Queen Mary’s School of Biological and Chemical Sciences, said as soon as there is a disaster, there is often a rapid increase of mental health problems in the people who have been affected. This is because natural disasters threaten our sense of control in the world.

“Our sense of control is like a mental engine, it’s like an adaptive driving force that helps us stay motivated. When bad, unpredictable events happen we don’t feel we have any effect over anything and this is when we start to lose self esteem,” she said.

People who live in areas which are prone to disasters such as in Japan are often prepared through simulation exercises. The importance of this is not only to rehearse what to do in the event of a disaster, but also to increase our sense of control over the situation. This is can be a powerful way to create resilience, according to Dr Osman.

The lab experiments Dr Osman has conducted show that even when a situation is unpredictable and seems to be spiraling out of control, and when people are encouraged to believe they have control over the situation, they tend to be better able to exert control. She said: “Ironically, the illusion of control can actually help to generate a real sense of control.”

“Setting goals is the best way of helping to exert or take back control. Working towards goals helps us to gain a lot of information about a situation. Goals act like a yardstick to compare future events against. This helps to reduce our feelings of insecurity because it gives us a way of interpreting the good and bad experiences that happen.

“Evidence from the lab suggests that we don’t always do what is best to gain information and gain control in the long term; typically we overreact to massive changes, when the best thing to do is be steadfast.”