Queen Mary Students’ Union (QMSU) has successfully completed registration as a charity. The confirmation came through from the Charity Commission on July 12th and the union are “ecstatic” to be able to announce the news. 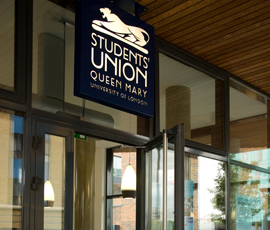 As a result of the 2006 Charities Act, all Students’ Unions are required to register with the Charity Commission in order to entrench accountability within these semi-independent institutions. While registration itself has taken six months, the process began in 2009 with the creation of the Board of Trustees and the writing of a new constitution which ensured that QMSU had the correct structures in place to qualify as a charity.

Shelly Donaghy, QMSU Membership Services Manager, explained: “In order to receive Charity Commission approval we were required to demonstrate that the Students’ Union is a well managed, transparent and accountable organisation. Most importantly of all, we had to show that our activities were of benefit to the student body.”

Sophie Richardson, QMSU President, said: “Being a charity means that it will be even easier for our stakeholders, both students and the wider public, to really see how the union works and the process behind the decisions we make. While this has always been something we’ve striven to do, being a charity makes it so much easier to provide the transparency and accountability that students deserve from their representatives.”