Findings, published today in Nature and Nature Genetics (11/9/2011) by the International Consortium for Blood Pressure Genome-Wide Association Studies represent a major advance in our understanding of the inherited influences on blood pressure and offer new potential therapeutic targets for prevention of heart disease and stroke – the biggest cause of death worldwide. 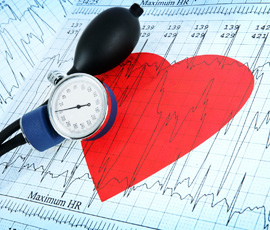 Research published in Nature and co-led by scientists from Queen Mary, University of London has discovered 16 new gene regions that influence blood pressure.

Toby Johnson, Patricia Munroe and Mark Caulfield from Barts and The London Medical School co-led with US and European colleagues an international collaborative study involving 351 scientists from 234 institutions based in 24 countries around the world.  This study analysed data on over 270,000 people to find genetic variations in the DNA of each person that were associated with higher or lower blood pressure.  This enabled them to identify 16 new gene regions influencing blood pressure and provided confirmation of 12 other gene regions that had previously been discovered by the Barts and The London team.

The researchers then combined the effects of genetic variation in all 28 gene regions and showed that these impact upon the risk of developing hypertension, stroke, coronary heart disease, and structural changes in the heart. The combined effect of these variations on blood pressure is similar to the effect of a standard blood pressure lowering medicine.  Importantly, they showed that genetic effects on blood pressure are broadly similar in people of European, East Asian, South Asian, and African ancestries.

Blood pressure is influenced by a combination of lifestyle factors and genes which until now have proved challenging to identify.  Even small changes in blood pressure can increase risk of stroke and heart attack and over one billion people worldwide have high blood pressure – hypertension.

Professor Mark Caulfield, who is also President of the British Hypertension Society, said: “High blood pressure affects a quarter of the adult population in the UK. These new gene regions we report today offer a major leap forward in our understanding of the inherited influences on blood pressure and offer new potential avenues for treatment which is particularly welcome for those who do not achieve optimal blood pressure control.”

Professor Patricia Munroe said: “This large multicentre collaboration has yielded many new genes for blood pressure, determining which gene and their function will improve our understanding of the basic architecture of hypertension, and should facilitate new therapeutic drug development.”

Dr Toby Johnson said: "There were enormous challenges to overcome in collecting and analysing the amount of data we needed for this study.  Our discoveries illustrate the power of international collaborative research.”

Paul Elliott (Imperial College London) said: “Pulse pressure is a marker of the stiffness of the arteries that carry blood from the heart round the body. Our results could help understanding about the genetic mechanisms underlying relationships of pulse pressure with risk of heart disease and stroke.”

These important findings published in Nature and Nature Genetics were made possible by funding from the Wellcome Trust, the Medical Research Council, the British Heart Foundation, and the National Institute for Health Research, and provide greater understanding of the genetic architecture of blood pressure, a key determinant of cardiovascular health.