'Who Tells the Truth about Crime and Punishment - the Politician, the Artist, the Prisoner or the Press?'

Queen Mary, University of London is helping to organise a live, multi-media debate on crime and social justice as part of the Southbank Centre’s new exhibition of art, film and writing by prisoners. 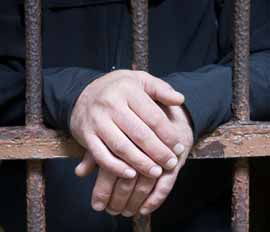 The interactive discussion, 'Who Tells the Truth about Crime and Punishment - the Politician, the Artist, the Prisoner or the Press?' will be broadcast live from The Southbank Centre on 20 October at 7.30pm.

Going head-to-head are speakers David Wilson, Professor of Criminology at Birmingham City University and Chris Johnston, co-director of Rideout, which aims to rehabilitate prisoners through the creative arts.

The free event will be live-streamed at www.theargumentroom.net. The audience can watch the discussion online and pose questions in real-time to the speakers via the website and Twitter, using the handle @argumentalism.

The Argument Room is an interactive debating forum, breaking down the barrier between speaker and audience, to explores how the drive for social change and social justice is informed by creative practice, be that in theatre, film or the visual arts. The Argument Room is a collaboration of the Department of Drama at Queen Mary, People’s Palace Projects and Rideout.

“Every month a lively, in-depth debate will take place between two big names from the worlds of academia, the arts, and activism. The debates are free, and aim to encourage questions and provocations from both our live and online audiences,” explains Sara Kewly Hyde, a post-graduate drama student at Queen Mary and project manager of The Argument Room.

“The autumn season kicks off with David Wilson, followed by leading feminist writer and journalist, Beatrix Campbell, and closes with Baroness Lola Young, who will be exploring the cultural sector’s response to the UK riots,” Sara adds.

The Argument Room's first discussion of the season, 'Who Tells the Truth about Crime and Punishment - the Politician, the Artist, the Prisoner or the Press?’ is part of a rich programme of events and workshops running at the Southbank Centre alongside it's annual exhibition Art by Offenders, Secure Patients and Detainees. This year's exhibition is curated by a group of magistrates - a ground-breaking exploration of judgement, art and crime.