Queen Mary, University of London is leading on a multi-million pound project, combining academic knowledge and entrepreneurial skill to benefit the UK’s creative sector, it was announced today. 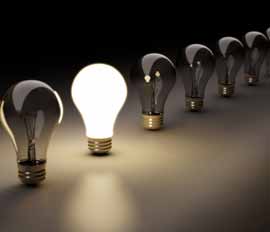 The College is spearheading a consortium of universities, businesses and arts organisations in one of four ‘Knowledge Exchange Hubs for the Creative Economy’; each with an equal share of £16m funding from the Arts and Humanities Research Council (AHRC).

Over four years, the Hubs will build new partnerships and commercial opportunities between academia and the ‘Creative Economy’, which comprises artistic industries, museums, libraries, and other cultural institutions.

Responding to the announcement, David Willetts, Minister for Universities and Science said: “Interaction between businesses and universities is crucial for driving growth. This major investment will not only enrich the creative industries but is also a vote of confidence in the excellent arts and humanities research at our higher education institutions."

With £4m in AHRC funding, the Hub will focus on the Creative Economy in the capital, liaising with numerous industry partners including IBM and Digital Shoreditch, alongside major cultural institutions such as the V&A, BBC, the British Museum and the British Library.

“London faces distinctive challenges as it attempts to sustain global competitiveness in the 'Creative Economy', particularly in terms of digital innovation,” explains Professor Evelyn Welch, Vice-Principal for Research and International Affairs at Queen Mary, and the new Hub Director.

“Under Creativeworks London, placements will be available for postgraduate researchers who want industry practice and entrepreneurs who may gain from working in a higher education environment,” says Sally Taylor, Director of LCACE.

Sally Taylor explains: “We will be issuing £1m-worth of ‘creative vouchers’ to businesses to enable them to access the high quality arts and humanities research that our Hub partners can offer.

“The scheme will also allow us to track the sector's changing needs, feeding into our research into London's distinctive creative economy, which, relative to GDP, is probably the largest creative sector in the world.”

The project’s research themes will explore London's previous and current attempts to implement creative economy strategies as well as examining the special requirements of London's digital economy. The results will be fed back to business, policy-makers and government.

CEO of the AHRC and Chair of the award assessment panel, Professor Rick Rylance, said: “The successful consortia emerged from an exceptionally strong field. We congratulate them; look forward to working closely with them over the next four years; and to welcoming the results of their work.”

Watch the video, which explains the impact of the project from the people involved.

The three other lead institutions are:

University of the West of England

Each year the AHRC provides approximately £100m from the Government to support research and postgraduate study in the arts and humanities, from languages and law, archaeology and English literature to design and creative and performing arts. In any one year, the AHRC makes hundreds of research awards ranging from individual fellowships to major collaborative projects as well as over 1,100 studentship awards. Awards are made after a rigorous peer review process, to ensure that only applications of the highest quality are funded. The quality and range of research supported by this investment of public funds not only provides social and cultural benefits but also contributes to the economic success of the UK.