New hub for German-Jewish history and culture at Queen Mary

Research into German-Jewish history and culture is expanding at Queen Mary, University of London. 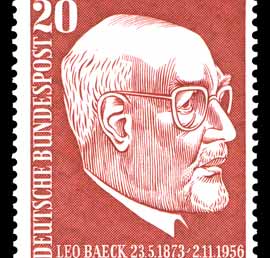 The Leo Baeck Institute London (LBI), at the forefront of research on German-speaking Jewish communities in Europe over the last 300 years, is now based on the university’s Mile End campus.

After 52 years at premises in Marylebone, the LBI recently relocated to the university’s new flagship humanities building, Arts2. The move cements an existing partnership between the LBI and QM’s School of History.

Since 2009, the School of History and the LBI have offered a joint MA programme on European Jewish History, the only taught postgraduate programme in the UK focusing on the rich field of Jewish history, culture and thought in Europe.

The LBI London also contributes to teaching on undergraduate and postgraduate history courses at Queen Mary, in addition to hosting joint conferences, seminars and other events.

Professor Julian Jackson, Head of the School of History, has welcomed the valuable teaching and research opportunities the alliance presents. The proximity between the two institutions will, he says, “create new paths in our research and offer unparalleled expertise to students of Jewish history and culture”.

“This academic year we are looking at an exciting programme,” adds Dr Daniel Wildmann, Lecturer in History and Deputy Director of the LBI London. “One highlight for spring 2012 will be our first Annual Leo Baeck Institute Lecture in the first week of March. Professor Natalie Zemon Davis, esteemed American historian, will speak on the cultural impact London Sephardi Jews had in the world.”

The Leo Baeck Institute, founded in 1955 by the Council of Jews from Germany, is named after Leo Baeck (1873-1956), one of the great teachers of Judaism, leader of the Jewish community in Nazi Germany and Holocaust survivor. This month (November) marks 55 years since Dr Baeck died.

With centres in London, New York and Jerusalem, the LBI’s mission is to preserve for posterity the history and culture of German-speaking Jewry.

The LBI’s renowned journal, The Leo Baeck Institute Yearbook publishes the best scholarship on the history and culture of German-speaking central European Jewry from early modern times to the post-war period.

Published annually since 1956, The Yearbook has, for the past 10 years, been co-edited by Professor Raphael Gross, the LBI’s Director, who is “delighted with the new collaborative opportunities available, following the move to Queen Mary”.

As part of its educational mission, the LBI organises a broad range of free public events and international conferences.

FilmTalk is an annual LBI lecture series, co-organised by the Wiener Library, Birkbeck University. In this season’s theme, Sleeping with the Enemy, film scholars will discuss major films on inter-religious relationships. The series starts on 8 Dec 2011at the Wiener Library.

Jews and Justice is title of the forthcoming LBI European Lecture series, with talks on Baruch Spinoza, Karl Marx, Franz Kafka and Ernst Fraenkel. Jews and Justice starts in early 2012 and will be held at the German Historical Institute, London.

Academically, the LBI London also supports a dozen international Leo Baeck Fellowships every year. These doctoral studentships are financed by the German government. The Institute has also developed two research professorships to investigate the role of German-speaking Jews in 19th- and 20th-century academia.

For more information on academic courses and fellowships offered by the LBI, please call Dr Daniel Wildmann on +44 (20) 7882 5689 or visit: http://jewishstudies.history.qmul.ac.uk