A unique undergraduate course dissecting the Blair years of British politics is evolving into a Masters module spanning the entire New Labour era at Queen Mary, University of London. 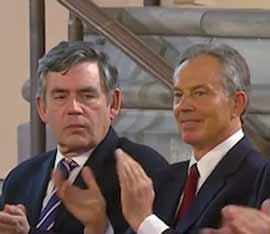 Starting in January 2012, the New Labour in Government module, part of the Masters in Modern and Contemporary British History, will examine the UK political landscape from the landslide victory at the polls in 1997 to the Party’s election defeat in 2010.

Students will have the rare opportunity to cross-question major Whitehall and parliamentary figures from the time in their seminars, in addition to studying diaries, cabinet correspondence and other primary sources.

Guest speakers and convenors of the ‘ultra-contemporary’ history course, Dr Jon Davis and John Rentoul, Blair biographer and political commentator in the Independent-on-Sunday, will cover critical topics including UK Foreign policy from Kosovo to Afghanistan and Iraq; Gordon Brown’s tenure as Prime Minister and economic policy under New Labour.

Dr Davis described having former Cabinet Ministers such as Alistair Darling at the classes as “hugely beneficial to students as they develop their capacity to understand both the theory and the practicality of contemporary British governance”.

The New Labour in Government MA started life as a specialist ‘Blair Government’ module for third-year history undergraduates. First run in 2008, the module provided students with a ‘first-draft-of-history’ and bridged the gap between rigorous scholarship and journalism.

Each cohort had access to the biggest political big-hitters from the years 1997 to 2007 including Alastair Campbell, Peter Mandelson, Ed Balls and Tony Blair himself.

Teaching the module, says Dr Davis, was “an absolute joy, from the ultra-contemporary source material to teaching with John Rentoul”.

Enticing most of the leading figures from New Labour and the Senior Civil Service down the Mile End Road was, he adds, “topped off with record-breaking numbers of independently corroborated first-class results from the wonderful students”.

Davis and Rentoul are currently writing the book of the course, The Blair-Brown Coalition for Oxford University Press.

For more information on the New Labour in Government MA, and The MA in Modern and Contemporary British History, please contact the QM School of History.