An internet regulation scholar at Queen Mary, University of London has been appointed to the Board of the Authority for Television On-Demand (ATVOD), the new UK body co-regulating video on-demand - online programming. 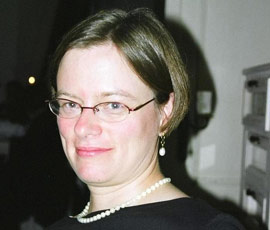 Dr Julia Hörnle, from the Centre for Commercial Law Studies, part of the School of Law, was chosen for the ATVOD role because of her academic expertise in both cyberspace law and internet regulation.

ATVOD was established in 2010 as part of the implementation of the EU Audio-Visual Media Services Directive 2007 and to ensure legal compliance by this fast-growing multi-media industry sector.

Its main focus is to prevent serious impairment to children’s moral, mental or physical development, the fight against the distribution of hate speech inciting hatred based on race, religion, gender or nationality, and regulation of sponsorship and product placement in UK video on-demand.

“Video on-demand has the potential to outgrow traditional broadcasting in the long run,” explains Dr Hörnle. “Services are extremely diverse ranging from those offered by broadcasters and communication service providers to a whole range of other service providers offering films and TV-like programming channels on demand.

“Consumers are already familiar with on demand catch-up services such as 4oD or the ITV player or film on demand such as Love Film. We are already experiencing convergence between different forms of media and video on-demand is a good example of this.

“The latest breakthrough will come with the integration of broadcasting services and Video on-demand in internet-enabled TV set top boxes through electronic programming guides incorporating both on-demand and scheduled services.

"In the UK the launch of Youview, for example, will allow the user to watch digital television combined with online catch-up and on-demand videos through one set-top-box without subscription,” notes Dr Hörnle.

ATVOD has been set up as an independent co-regulator, which means that the regulator and industry members co-operate in deciding regulatory standards and co-operating in practical solutions which are workable.

"It is important that standards in this area are implemented. ATVOD ensures that young children are not able to access, for example, hardcore pornography videos provided by UK established providers, which in the offline world would be restricted to special licensed shops with strict age verification requirements,” says Dr Hörnle.