Honour for champion of legal rights

The founder of a free legal advice service at Queen Mary, University of London has been shortlisted for a prestigious accolade, acknowledging a lifetime of achievements, at the Times Higher Education Awards 2011. 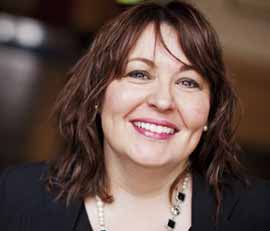 “By offering this opportunity to our students, we are contributing towards the future of ethical legal practice, encouraging a greater pro bono ethos, and strengthening the fundamental right of access to justice,” Julie, who still manages the LAC, explains.

Julie has now been nominated for The Lord Dearing Lifetime Achievement Award 2011, which is given by Times Higher Education for an outstanding contribution to higher education.

At being shortlisted, Julie said: “I excited and moved that someone thought enough of me and took the time to send in the nomination.”

After leaving school in 1985, Julie trained and worked as a psychiatric nurse at Runwell Hospital, Essex. She later ran a successful bar in Stoke Newington before turning her hand to a logistics role in the imports and exports industry.

Julie then returned to education, embarked on a BA in English and History at Queen Mary, before channelling a long-standing fascination with the law into a second degree in 2006.

It was during the second-year of her undergraduate law studies that Julie set up the QM student pro-bono group, which has gone from strength to strength over the last seven years.

Students in the pro bono group work with law firms to offer free legal advice to the needy and to raise money for local good causes, such as the Whitechapel Mission.

Julie has always coupled work with a desire to help society, from volunteering at homeless centres to staffing the phones for the Samaritans in her spare time.

This interest in pro bono work led Julie to establish the LAC, and focus its services on niche legal areas overlooked by mainstream law practice, such as law for the arts and Pink Law (specific to issues affecting the LGBT community).  The LAC’s success has been acknowledged with numerous accolades, including the Attorney General Awards 2008-11.

“Completing a law degree was the toughest, but best thing I ever did. I knew I wanted to apply the law to make a real difference to people’s lives,” said Julie.

“Setting up the Legal Advice Centre has enabled me to help students learn the real issues behind the law and why their work is so crucial to those struggling to access justice.”

The Times Higher Education Awards’ winners will be announced at a gala dinner on 24 November 2011 at the Grosvenor House Hotel, Park Lane, London.