Queen Mary awarded an honorary degree to leading feminist writer and renowned psychoanalyst, Julia Kristeva at the Winter Degree Ceremony in December. A full transcript of her accompanying lecture is available below. 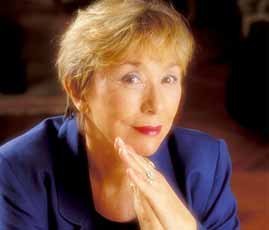 Julia Kristeva is professor at the Institut Universitaire de France and a full member of the Paris Société psychoanalytique. A major theorist of literature, psychoanalysis and feminism, Professor Kristeva is also a successful novelist.

On this solemn occasion, I wish first to thank most warmly Queen Mary University of London and in particular the Department of French in the School of Modern Languages Linguistics and Film for the honour now being conferred on me, the title of Doctor Honoris Causa. In this I see a recognition not just of my own thought, but of the necessary interdisciplinarity of the humanities, and of course a promise of the deepening of those links which already bring together the University of Paris and the University of London. My thanks go in particular to the Head of the Department of French, Professor Shirley Jordan, and to the Head of the School of Modern Languages Linguistics and Film, Professor Rüdiger Görner, as well as to my old friend, Professor Marian Hobson, whom I met in Paris in 1966, on my arrival in France. At the moment of receiving this honour, I should like to think aloud in your presence about my own research, my intellectual experience and my writing. There are three major questions at stake here: Language, Nation and Women.

As individuals, as you know, we are overwhelmed by many things: on the one hand by the single nation which is our community, on the other hand by those many ways in which our contacts and exchanges are internationalized. Reeling under the shock of a whole series of financial crises, the democratic nation state has lost power, and the notion of the individual or the subject has been degraded. But new social movements are appearing; in fact, they are cristallizing around a conflict that is being seen as the central conflict of our society. This is the conflict carried on by an Individual Subjectivity when it is caught up in a struggle against the triumph of the markets, that is the triumph of mere technique; but it is also a struggle which occurs when this Subjectivity is moving against those powers in the community which are authoritarian or fundamentalist. “A Subjectivity in struggle”: it is precisely in such a context, in such a conception of society and of history that I try to place my work as a semiologist, as a psychanalyst, and as a writer.

It was in the experience of literature that I looked to find the exercising of a subjectivity in revolt: one that simultaneously allows the individual to live at the frontiers of pleasure and of death, one that allows society to go beyond its necessary limits. In working on what I called in the title of my second book “the revolution in poetic language”, it was the anarchism of the nineteenth-century French poets Mallarmé and Lautréamont  which fascinated me. I have gone on to study and worry about this when I speak of the “sense and non-sense of revolt” or of an “intimate revolt” in the works of Proust, Céline, Artaud and more recently in the writings of Sartre, Barthes and Aragon. I am doing this in my lectures at the University of Paris 7, Denis Diderot, and have also done it in the trilogy on the work of the three “female geniuses”, Hannah Arendt, Melanie Klein and Colette that I wrote between 1999 and 2002.

This questioning of sense and subjectivity, indeed of my own life seen as a whole, have brought me to ask questions about the nature of strangeness or of foreignness. If the life of language as one of permanent revolt amalgamates the writing subject with style, and the subject being psychoanalysed with the testing of truth, then the result is a strange conception of Identity. Our identities are only really alive if they keep finding us out – finding that we are other, strange, strangers to ourselves.

My dream is this: Europe as a federation of strangenesses, which are nevertheless all respected. In the Eighteenth Century the philosopher Diderot wrote: “ there is no longer a mother country: I see only tyrants and slaves from one pole to the other”. We haven’t quite got to that point, because in our soft democracies, tyrants and slaves, though they haven’t totally disappeared, have become “virtual”. As for the “mother country”, the dialogue I have just quoted, Rameau’s Nephew, in its radicalism, was perhaps not totally wrong to say that it doesn’t exist. The communist states have imploded and transformed a large part of the European continent into a field of ruins – moral and economic ruins; while the other part of Europe, containing within it countries as rich and as proud of themselves as France and Germany, aren’t spared waves of what I have called a state of depression common to a whole nation. This  nation in depression is also what I hear about from my patients on the psychoanalyst’s couch, and we can all hear it everywhere in what is going on in politics.

In a book called Strangers to Ourselves I wrote: “Nowhere is one more of a stranger than in France, nowhere is one better off as a stranger than in France”. For beyond our universalism and its ambiguities, certain factors in French life make a difference, namely: the tradition of putting things in question, the status given to its intellectuals, the importance of the political space –the Enlightenment being an example of those paroxysms which characterize French cultural and political space; all these allow us to start the intellectual and political debate up again with more lucidity than elsewhere. It is this that constitutes the real antidote both to the depression in which our nation seems to find itself, and to its manic version that is nationalism. And today I pay homage to that French culture which has adopted me, and which is never more French than when it puts itself in question, all the way to laughing about itself – but what vitality there is in that laughter – never more French than when it links itself with others.

When the person who comes up against this polyvalent logic of the Subjectivity or of the social pact is in fact a woman, when she tries to write about murder and violence, she exposes herself more than do her male parallels to receiving honours, yes, but also to its opposite, which is suffering.

On this, and in conclusion, I will use the words of the first great French woman intellectual, Mme de Stael, the first maybe, but one who was already cosmopolitan. She wrote about women writers:

“The Woman of Letters, like the Pariah of India, walks in her singular existence among all the classes to which she may not belong, all the classes which consider her as one who should exist only in herself: an object of curiosity, perhaps of envy and in effect only deserving pity….[…]. The warriors see her helmet, they see the sparkling plumes on it, they attack violently and with their first blow they get through to the heart”.

To conclude in the few moments remaining, I would like to speak directly to the students present here and in particular to those who have studied in the Arts Faculty.

First let one thing be rightly understood: I don’t give literature that kind of cult status that it had in the Romantic period, and that a certain French tradition of ‘belle lettres’ still tries to maintain today. Literature is not a modern version of absolute truth; nor is it a décor that one can forget about, as a whole market of short-lived bestsellers seems to suggest. What it IS, is a movement of investigation by means of the imagination; investigation into what constitutes human kind, namely language and meaning. This investigation brings with it truth, pleasure and beauty. Now this imaginary movement in language, this form of thought then, which is indeed thought in the strongest sense, is precisely under threat in the modern world, and for that very reason it is a true revolt. Revolt in the etymological sense: to turn again, to turn upside down, to renew.

It is there that I hope to meet you again, in the fields we work in and in future years. It is not an easy road. It will be a kind of revolt against the turning of minds into robots. Anyhow, you can count on me, if we are lucky enough to be still alive. Today I won’t leave you any “messages”, because both the English and French senses of humour make us suspicious of such “messages”. Instead while thinking over the course of my life, I will remind you and myself of two phrases from two French writers, and make them mine: the first is from the eighteenth-century philosopher Montesquieu: “For me, studying has been the sovereign remedy against the unpleasant things in life”. The other is from the twentieth-century writer Gide: “History must be recounted by someone who is angry”.

Don’t forget the things you have been angry about, while you are young, and when in the future you think about the history of literature: you will find there a sovereign remedy against the difficulties of life.

Thanks once more to all for the honour you do me in conferring on me the title of Doctor honoris causa in the Faculty of Arts of Queen Mary University of London.