Are the media free in Russia today?

As Russia becomes ever more synonymous with the intimidation of journalists, Queen Mary, University of London and the EU-Russia Centre are holding a joint debate on the extent to which the country’s press freedom can survive. 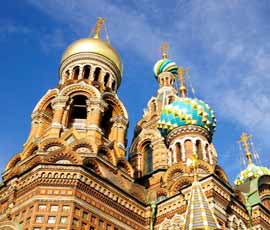 Luke Harding, former Moscow correspondent for the Guardian, and John Lloyd, contributing editor at the Financial Times and former Moscow bureau chief will participate in the round table discussion entitled ‘Are the media free in Russia today?’, on Monday 7 March 2011.

“There has been a spate of unresolved murders of Russian journalists in recent years. In fact, according to the Committee to Protect Journalists, Russia is now the third most deadly country in the world for journalists to work in. And with new elections around the corner next year, Putin will be hoping to regain control of the presidency, marking a politically sensitive period for Russia,” explains Professor Andreas Schönle, Chair of the Department of Russian.

The discussion will also shed light on the pressures and realities Russian journalists face and on their options as they seek to preserve independence and continue investigative work in an increasingly ruthless political environment.

“The situation is simplified somewhat in the West,” notes Catherine Merridale of the School of History, who has co-convened the debate with Professor Schönle. “Although freedom of expression is limited, news is not completely censored. Russian TV, for example, is under the control of the government but there is one independent local station. And Russians are among the world’s most enthusiastic bloggers.  They still have access to a range of on-line sites.”  This may be so, but the difficulties recently experienced by Luke Harding, the Moscow correspondent for the Guardian, highlights that certain issues are too sensitive to be debated openly.

“Are the media free in Russia today?”

The debate is free of charge.

Confirm your attendance and reserve a seat by contacting a.schonle@qmul.ac.uk