The Centre for Commercial Law Studies celebrates its 30th anniversary

Lord Hoffman, Sir Roy Goode and Nicholas Green QC, the chairman of the Bar, are among the top legal minds speaking at a conference to mark the 30th anniversary of the Centre for Commercial Law Studies (CCLS) at Queen Mary, University of London. 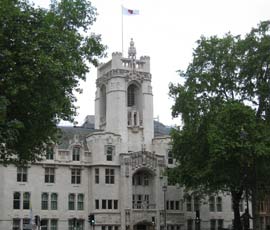 The event, on Wednesday 3 November 2010, will look back on the first year of the UK Supreme Court, with a host of lively discussions on its role as the final court of appeal for civil cases.

The morning will focus on the Supreme Court, constitutional law and human rights, with eminent legal academics, including Lord Hoffman, an Honorary Professor of Intellectual Property Law at Queen Mary, following his retirement as a Lord of Appeal in Ordinary.

After lunch, the focus will turn to criminal law and comparative perspectives from Europe and the United States, with a range of speakers: from Lord Ken Macdonald QC, former Director of Public Prosecutions, to Professor Takis Tridimas, an expert in European Union Law at CCLS, and Professor George Bermann, of Columbia Law School.

The day will close with debates on recent developments in private and corporate law, examining specific judgements delivered by the Supreme Court, and charting the broader evolution of information and intellectual property laws, and finally arbitration and tax law.

“The Centre has grown to become one of the leading institutions for the study of commercial law in the world, but our aspirations remain unchanged,” says Director of CCLS, Professor Spyros Maniatis, who is opening the conference.

“We seek to combine excellence in teaching and research, be at the forefront of legal scholarship and law reform, and influence the development and application of commercial law in practice, which the anniversary event demonstrates.”

It was 1980 when Sir Roy Goode established CCLS, within the School of Law, to promote the systematic study and research of commercial law and its social and economic implications. Since then this dedicated postgraduate Centre has acquired an international reputation, composition and outlook.

Situated in Lincoln’s Inn Fields, the heart of Legal London, CCLS is able to draw on the input of leading lawyers working in the finance centres of the City, together with distinguished resident and visiting scholars from overseas, to create a superbly balanced educational programme.

The School of Law was ranked first in London and third nationwide in The Guardian’s 2010 university guide, and listed as a top 10 place to study law in the UK, according to similar figures published by The Times and Independent this year.

The Supreme Court and the Constitution

The Lost Discretion: What Happened to Forum Non Conveniens and the

The Colourful Relationship between Arbitration and English Courts

This conference is accredited for CPD and 6.5 points are available for full-day attendance.

Book online using the Queen Mary secure e-shop. Payment can be made by any major debit/credit card.

Academics and students from other universities fee: £100