The Abuse of Rhetoric

It was an abuse of rhetoric that led Britain into the Iraq War, argues a leading professor of communications at Queen Mary, University of London. 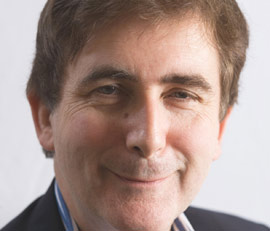 In his inaugural lecture on 10 March 2010, Professor Nicholas O’Shaughnessy will discuss why rhetoric is so effective in manipulating mass consciousness and how its misuse has furthered the agenda of sinister causes throughout history.

“While rhetoric is a remarkable tool of persuasive communication, it is also one of the most frightening things that the human race has at its disposal,” Professor O’Shaughnessy, an expert in communication, explains. “Good rhetoric resonates, it fizzles in the mind, but in the wrong hands it can also misdirect perceptions, befuddle and corrupt.”

His talk will focus on the rhetoric employed by then British Prime Minster Tony Blair and former US President George Bush prior to the Iraq invasion; the use of oral propaganda by the Nazi Regime; and the rhetoric of Osama Bin Laden and other terrorist leaders.

“Rhetoric now dominates business, politics, law and government, but its abuse is rife in all those arenas,” says Professor O’Shaughnessy. “It has been driving force behind countless catastrophic events that litter the course of human history.”

“The Nazis excelled at rhetoric, so much so that they dissolved the distinction between politics and presentation, between the regime and the theatre of the regime. In Lippmann’s words, it is not the event but the received impression of the event that counts. That is the triumph of rhetorical propaganda,” he adds.

Nicholas O’Shaughnessy is based in the School of Business and Management at Queen Mary. He is the author or co-author or editor of eight books, including The Phenomenon of Political Marketing (Macmillan), and Propaganda and Politics: Weapons of Mass Seduction (Manchester; Michigan). He is currently writing Selling Hitler: The Political Marketing Of The Third Reich.