One of the first law graduates at Queen Mary, University of London has just been appointed a Lord Justice of Appeal by Her Majesty, the Queen. 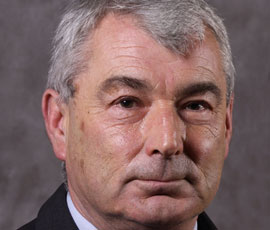 The Department of Law, under the leadership of Professor Roger Crane, began teaching the LLB degree in 1965. Lord Justice Pitchford, who now sits at the Royal Courts of Justice in London, was among the 30 law students in that original intact.

“I think Professor Crane would have been mildly surprised but pleased for me nonetheless,” Lord Justice Pitchford said of his late lecturer’s possible reaction to the news.

Lord Justice Pitchford was called to the Bar in 1969, took Silk in 1987 and was appointed as a Deputy High Court Judge in 1996. Four years later he became Judge of the High Court and was a Presiding Judge of the then Wales and Chester Circuit from 2002 until 2005. He was knighted in 2000.

Professor Peter Alldridge, current head of Laws at Queen Mary said the news should “inspire many of our students embarking on a legal career”. “It is wonderful that a Queen Mary alumnus, one of the original cohort, has been chosen for such an important position in the courts. Roger Crane would have been delighted. Very few things surprised him.”