Professor Peter Hennessy, a leading authority on contemporary British history at Queen Mary, University of London, has been elevated to the House of Lords. 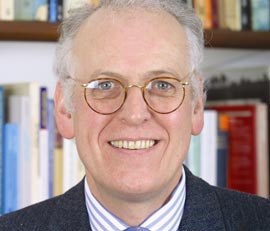 The House of Lords Appointments Commission announced on 5 October 2010 that Professor Hennessy is to be appointed a non-political peer, and will sit as a cross-bencher.

"I'm terribly pleased and honoured," said Professor Hennessy at hearing the news. "I hope I can help the House of Lords a bit on constitutional matters. I'll certainly give it my best shot."

“His establishment and inspiration of the Mile End Group has provided the College with an activity that combines rigorous academic thinking with attention to the most critical issues of the day.  His many friends within the College will join with me in offering our warmest congratulations."

Peter Hennessy is Attlee Professor of Contemporary British History at Queen Mary, and a Fellow of the British Academy. He has written a number of books including Never Again: Britain 1945-51, The Secret State, The Hidden Wiring: Unearthing the British Constitution, Cabinet and Whitehall.

He won the Orwell Prize for political writing in 2007 for Having It So Good: Britain in the Fifties.

Before joining the School of History in 1992, he was a journalist for 20 years with spells on The Times as a leader writer and Whitehall correspondent, for the Financial Times as its lobby correspondent at Westminster, and as a columnist on The Independent. He was also a regular presenter of the BBC Radio 4 ‘Analysis programme’. Professor Hennessy co-founded the Institute of Contemporary British History in 1986; and later the Mile End Group, a postgraduate research hub and forum at Queen Mary. He won the Times Higher Education Lifetime Achievement Award in 2008.

The Appointments Commission is a non-statutory advisory body set up by the Prime Minister to make recommendations for non-party-political peerages. The Commission’s remit is to find people of distinction who will bring authority and expertise to the House of Lords.

It recommends individuals on merit and their ability to contribute effectively to the work of the House, and has so far recommended 57 such peerages to the Prime Minister, drawn from well over 4,000 nominations.