A professor of politics at Queen Mary, University of London received an OBE in the Queen’s Birthday Honours List 2010, last Saturday (12 June). 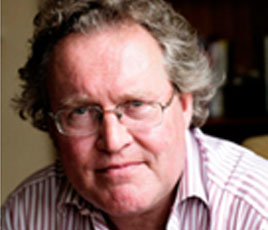 Professor James Dunkerley, of the School of Politics and International Relations, at Queen Mary, was recognised for services to Latin American studies and UK/Latin American relations.

Professor Dunkerley has been with Queen Mary, in various guises, since 1986, having previously worked at the Universities of Notre Dame and Liverpool.

That same year Dunkerley returned full-time to Queen Mary, and now contributes to the teaching of the MAs in Comparative Politics and International Relations, and the interdisciplinary master’s modules “Ideas and Power in Spanish America, 1512 to Now”, and “America in the World”.

Professor Dunkerley has written extensively on Latin American studies and he has served as an editor to several journals, including Journal of Latin American Studies; he is author of Rebellion in the Veins: Political Struggle in Bolivia, 1952-1982 (1984); Americana: The Americans in the World, 1845-55 (2000); and Bolivia: Revolution and the Power of History in the Present (2007).

On Saturday 12 June 2010, Professor Dunkerley was awarded an Order of the British Empire by Her Majesty, The Queen at Buckingham Palace, during the Birthday Honours ceremony.

Professor Ray Kiely, Head of the School of Politics and International Relations at Queen Mary, said: “"This is a thoroughly well deserved award for one of the world's leading Latin American scholars, and I might add, one of the most personable and collegial people that I have ever worked with.”