Party politics expert reacts to news of a hung parliament

Dr Francoise Boucek, a specialist in party politics, comments on the recent announcement that Britain will have a 'hung' parliament:

As I write, individual political parties’ final seat shares are still unknown but one thing is clear: since no party has won a majority of seats there will be a ‘hung’ parliament at Westminster as predicted. 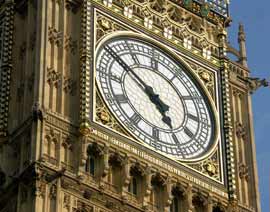 Until a few minutes ago the question was: who would form the government given that procedural arrangements for government formation in the absence of an absolute majority are not codified in a written constitution. However, Nick Clegg has just announced that he will stick to his view that the party with the most votes and seats - the Conservatives - should seek to form a government and that it was up to the Conservatives to demonstrate they can form a government of ‘national interest’.

This is a rational thing to say given his party’s seat share (51 so far) which is well below expectations and rules out a majority coalition with Labour (at present a Lab-Lib coalition would be 23 seats short of a majority). This response from the Lib Dems - the big losers in this election - may reassure the markets a bit and leave room for manoeuvre between the Conservatives and Lib Dems about negotiating terms for a government of ‘national interest’.

More information about what this will entail is likely to come at 2.30pm when David Cameron will be making an announcement following intra-party discussions.