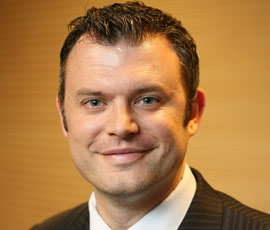 "Hung Parliaments are very rare, indeed. I think it is now morally for the Conservatives to attempt the formation of a government as Labour and Gordon Brown have clearly lost.

"What we may now see is a Conservative split over the issue of whether to offer proportional representation to the Liberals. It is clear that a Lib-Lab pact would be far more stable - and this will probably be with a new Labour leader, likely to be David Milliband.

"Whatever the result of a new alignment, the country is now in a very complex position. The smart talk is of a second election within twelve months. The financial markets will not now receive the clear direction they sought and instability will reign. Interesting times."