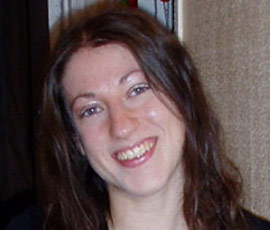 Dr Adam Fagan, Reader in Politics, has been awarded £40,000 for his project entitled 'Building Kosovo: an Evaluation of EU intervention.' The study will form part of Adam’s work on European Union attempts to develop civil society and good governance in the post-conflict Yugoslav state.

Dr Fagan’s Fellowship will enable him to begin work on the controversial role of the EU in post-independence Kosovo. From the perspectives of education reform and environmental management, the project will examine the extent to which EU assistance is delivering sustained and far-reaching change.

Dr Rainbow Murray, Lecturer in Politics, has been awarded £45,000 for her project: 'The Impact of Gender Quotas on Parliament’. The study will examine the interaction of descriptive and substantive representation of women in France.  Gender quotas are rapidly altering the composition of parliaments worldwide, with consequences for parliamentary behaviour and representation.

The core objective of this research is to determine whether there are significant differences between men and women MPs, before and after quotas.  The research will explore the impact on the French parliament of a sudden 50 per cent rise in women MPs.

Areas to be measured include the backgrounds and trajectories of MPs; their contributions to parliamentary life; whether men and women focus on different policy areas; the substantive contributions of MPs to debates; and the perspectives of different kinds of MP on their role as representatives.

The grant will enable Dr Murray to devote a full year to the project.  Part of this year will be spent in Paris conducting fieldwork, where she will be hosted by the Ecole Normale Supérieure.  The grant will also cover the costs of a research assistant to help with data collection.