About the RLF Fellows

Each year, Queen Mary University of London hosts 2-3 RLF Fellows who offer one-to-one tutorials to students and staff on all aspects of their writing.

Tutorials will take place online for the first term of the 2020/21 academic year. Tutorials are co-ordinated by the Academic Skills Enhancement team.

Our fellows for 2021/2022 are Lizzie Moggach and Elizabeth Cook 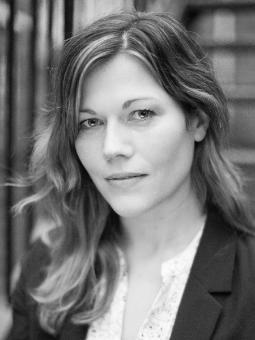 Lottie Moggach has published three novels, which have been described as literary thrillers. Her debut Kiss Me First (Picador, 2013) explored what social media is doing to our sense of identity and real-life relationships. It was shortlisted for The Guardian First Book award, won the Portsmouth First Fiction award and was adapted into a six-part series for Netflix and Channel 4. Under the Sun (Picador, 2017) was set in southern Spain during the 2008 financial crisis, when expats trapped in unsellable villas clashed with African migrants desperate for a new life in Europe. Her third book, Brixton Hill (Corsair, 2020), focused on a prisoner nearing the end of a life sentence. It was adapted and broadcast over two weeks on Radio 4’s Book at Bedtime.

Before turning to fiction, Lottie Moggach had a twenty-year career in journalism, specializing in arts and literature. In recent years she has taught an undergraduate course on the short story at Royal Holloway, University of London, and been a guest at the Arvon Foundation. She has also worked as a researcher and editor on nonfiction titles, most recently a bestselling study of how empire has shaped modern Britain. This project involved digesting reams of inaccessible academic texts to produce a lucid and compelling argument: a fitting precursor for work with the Royal Literary Fund.

Her current undertaking is a historical novel set in late Victorian-era Camden Town, the area where she grew up. She still lives close by, with her partner, son, dog and tortoise. 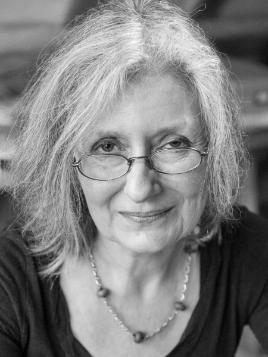 Elizabeth Cook is a poet, fiction writer, and librettist, interested in the ways in which the past is continually being re-fashioned and re-known. Achilles (Methuen 2001) moves from the Homeric Bronze Age to Keats in the nineteenth century while Lux (Scribe, 2019) takes a story from the Hebrew Scriptures through to the English Tudors. She has collaborated with composers and was librettist for Francis Grier’s oratorio, The Passion of Jesus of Nazareth (Radio 3, 2006). The title poem of her first poetry collection (Bowl, Worple 2006) was a Poem on the Underground. She has written reviews and essays (London Review of Books, Poetry London, Granta online) and broadcast on TV and radio.

Having read English at Oxford and done a PhD at the Warburg Institute, she worked as a university lecturer for some years and gave the 1983 Chatterton Lecture (on ‘The Bravery of Shakespeare’s Sonnets’) at the British Academy. She continues to love teaching — often in the form of writing workshops or one-to-one mentoring. In addition to university teaching she has taught in prisons and a Franciscan friary where she regularly runs poetry study weekends. Her work is grounded in a strong sense of bodily reality. A performance version of Achilles won a Fringe First at the 2000 Edinburgh Festival and has since been performed at the Royal National Theatre and many festivals here and abroad.

She advocates reading aloud and learning poems by heart to create an inner store for rainy days.