About the RLF Fellows

Each year, Queen Mary University of London hosts 2-3 RLF Fellows who offer one-to-one tutorials to students and staff on all aspects of their writing.

Tutorials will take place online for the first term of the 2020/21 academic year. Tutorials are co-ordinated by the Academic Skills Enhancement team.

We are happy to welcome back Andrew Martin and Stephen Brown as our RLF Fellows for the 2020-2021 academic year.

Stephen Brown is a writer, translator and dramaturg. 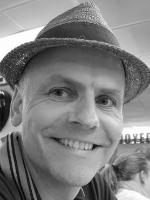 Stephen’s plays include Occupational Hazards (Hampstead Theatre, 2017), an adaptation of Rory Stewart’s memoir about attempting to govern a province in post-war Iraq, and Future Me (two UK and two US productions, 2007–9), which follows a successful young lawyer into jail and back out again after he is convicted of sex offences. Both are published by Oberon Books. He collaborated with Filter Theatre to script their fringe hit Faster (BAC, UK tour, 59E59 New York, 2003–5).

He has translated five books from German into English, most recently Erich Hackl’s On the Rope (Haus, 2020). He has worked as a dramaturg and script adviser on several shows, including the work of the dance theatre company, Clod Ensemble. He was previously a theatre critic (for Radio 4’s Front Row and the TLS among others) and publisher of Prospect magazine.

He is currently writing an epic drama for Bristol Old Vic and the National Theatre, a sequence of short stories, and a novel. He is interested in animals, outsiders, monsters, grief, politics, anger, bodies and change.

Stephen has taught creative writing to adults for nearly a decade. His years as a book editor and his work for Plain English Campaign early in his career showed him the magical power of straightening out tangled prose. He has a passion for clear writing and enjoys helping people express themselves well. 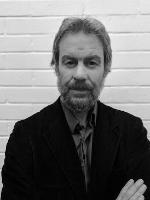 Andrew Martin is a prolific author of novels and non-fiction books. Most of his fiction is in the historical crime genre, and he is perhaps best known for an award-winning series of novels set in the early twentieth century and featuring a railway policeman called Jim Stringer. Andrew’s other novels include The Yellow Diamond, The Martian Girl, Soot and The Winker.

Andrew’s interest in railway history is also reflected in his non-fiction, which includes Underground, Overground: A Passenger’s History of the Tube and Night Trains: The Rise and Fall of the Sleeper. Amongst his other nonfiction titles are Flight by Elephant: The Untold Story of World War II’s Most Daring Jungle Rescue and How To Get Things Really Flat: A Man’s Guide to Ironing, Dusting and Other Household Arts.

Andrew decided to become a full-time writer after winning the Spectator Young Writer of the Year award back when he was young. He had previously qualified as a barrister, which partly accounts for his interest in crime. He broadcasts regularly and has written and presented BBC TV documentaries on historical themes. He has contributed to most British newspapers, and has taught creative writing for various organisations. He believes that anyone can learn the basic principles of good writing, and that this need not be a long or technical process. The key, after all, is simplicity rather than over-elaboration.